Pulkit Samrat and Kriti Kharbanda are the latest rumoured couple of B-Town. If reports are anything to go by, the two have grown close to each other while shooting for 'Pagalpanti'. 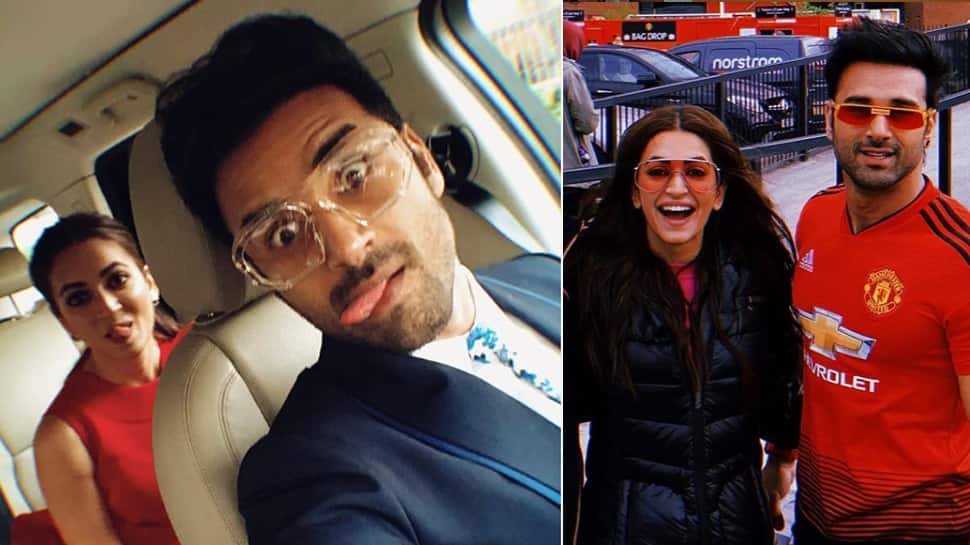 New Delhi: Bollywood actors Pulkit Samrat and Kriti Kharbanda are the latest rumoured couple of B-Town. If reports are anything to go by, the two have grown close to each other while shooting for 'Pagalpanti' and have been dating for the past six months.

As per a report in Mumbai Mirror, Pulkit and Kriti spent a lot of time together while shooting for 'Pagalpanti' in UK.

A source tells the portal that Kriti was 'charmed by his (Pulkit) small but thoughtful gestures. The source further added that while the two work-out with the same trainer, the actress has got her alleged beau hooked on to South Indian cuisine.

Further adding, the source said that while shooting together, Pulkit sends chocolates and flowers to Kriti's make-up room before she turns up to work. Now, ain't that sweet! (Only if it's true).

'Pagalpanti' isn't Kriti and Pulkit's first film together. The duo has earlier worked together in the 2018 film 'Veerey Ki Wedding' helmed by Ashu Trikha.

If the duo is indeed dating, we can't wait till they make things public!

What do you think of B-Town's latest jodi? Let us know in comments.