Janhvi Kapoor treats fans with an adorable childhood photo—See inside

Janhvi Kapoor recently took to Instagram stories and shared an endearing childhood photograph. The caption is rather hilarious!

New Delhi: Bollywood actress Janhvi Kapoor often shares details about her professional and personal life on Instagram. The stunner has over 5.7 million followers on the social media app and her pics are often in the spotlight.

Janhvi recently took to Instagram stories and shared an endearing childhood photograph. The caption is rather hilarious!

Before the pic disappears, we took a screenshot of Janhvi's Insta stories. 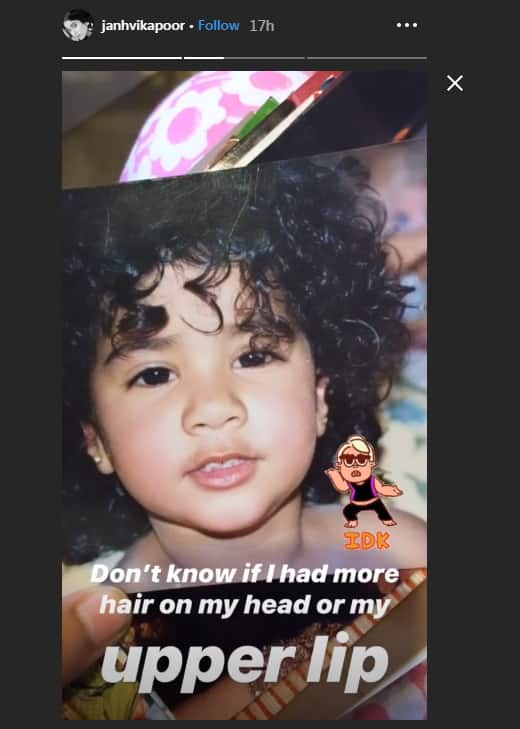 Well, we sure are in awe of the curly-haired baby Kapoor!

On the work front, the talented actress will share screen space with Rajkummar Rao and Varun Sharma in 'Rooh-Afza'. The film marks Hardik Mehta's directorial debut and is produced by Dinesh Vijan and Mrighdeep Singh Lamba.

Apart from these, Janhvi will play one of the leads in 'Dostana 2'.