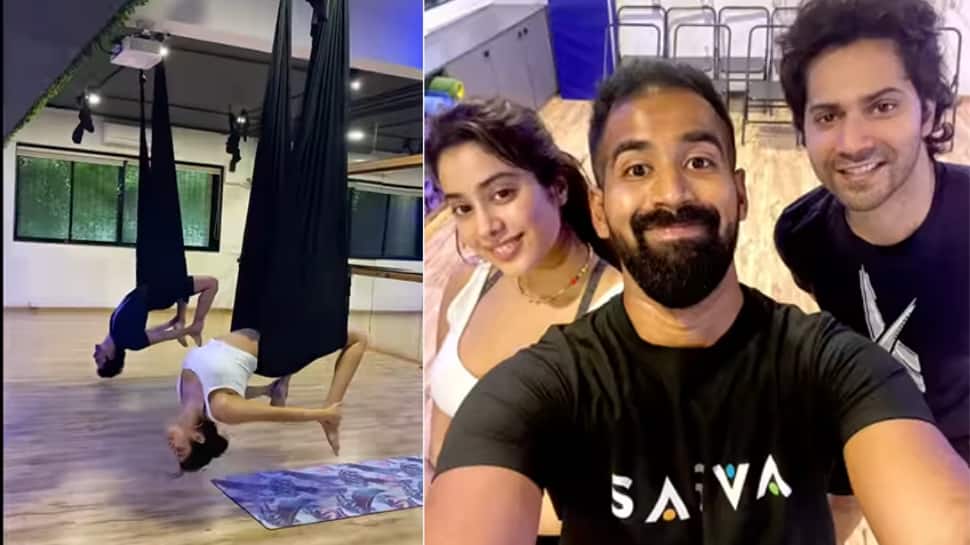 New Delhi: Actors Varun Dhawan and Janhvi Kapoor often post photos from their work-out session on their respective Instagram handles. However, the two bollywood stars came together for a yoga session and performed tough aerial asanas. Varun shared a video reel on Instagram in which Janhvi and he can be seen suspended in the air on a black cloth.

Later, in the reel, Varun can be seen perfecting some other yoga asanas and in the end he and Janhvi pose with their trainer who is from Sarva - a yoga studio co-founded by actress Malaika Arora. “Backbends=HAPPINESS,” Varun captioned his post. 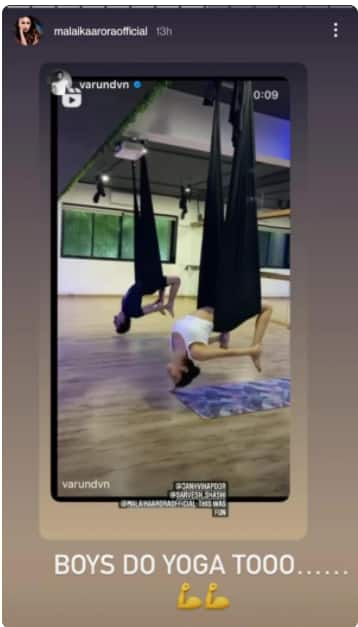 Earlier, Janhvi Kapoor had also had a joint work-out session with Sara Ali Khan. Sharing the video of the same Sara had written on her Instagram, “Go with the flow Steady and slow high- squat low That’s how you’ll get the golden glow For better instructions ask @namratapurohit to show”.

On the work front, Janhvi Kapoor will next be seen in Siddharth Sengupta’s ‘Good Luck Jerry’. She also has Karan Johar’s ‘Dostana 2’.

On the other hand, Varun Dhawan will be seen next in Amar Kaushik’s horror-comedy ‘Bhediya’ opposite Kriti Sanon. The actor will also star in  Raj Mehta’s ‘Jug Jugg Jeeyo’ along with Kiara Advani, Neetu Kapoor and Anil Kapoor.