Janhvi was seen in beautiful traditional wear in the movie and for the promotions too, she majorly opted for similar outfits. Recently, she was spotted at the airport in a pretty gotta-patti work sharara-kurta and dupatta set. 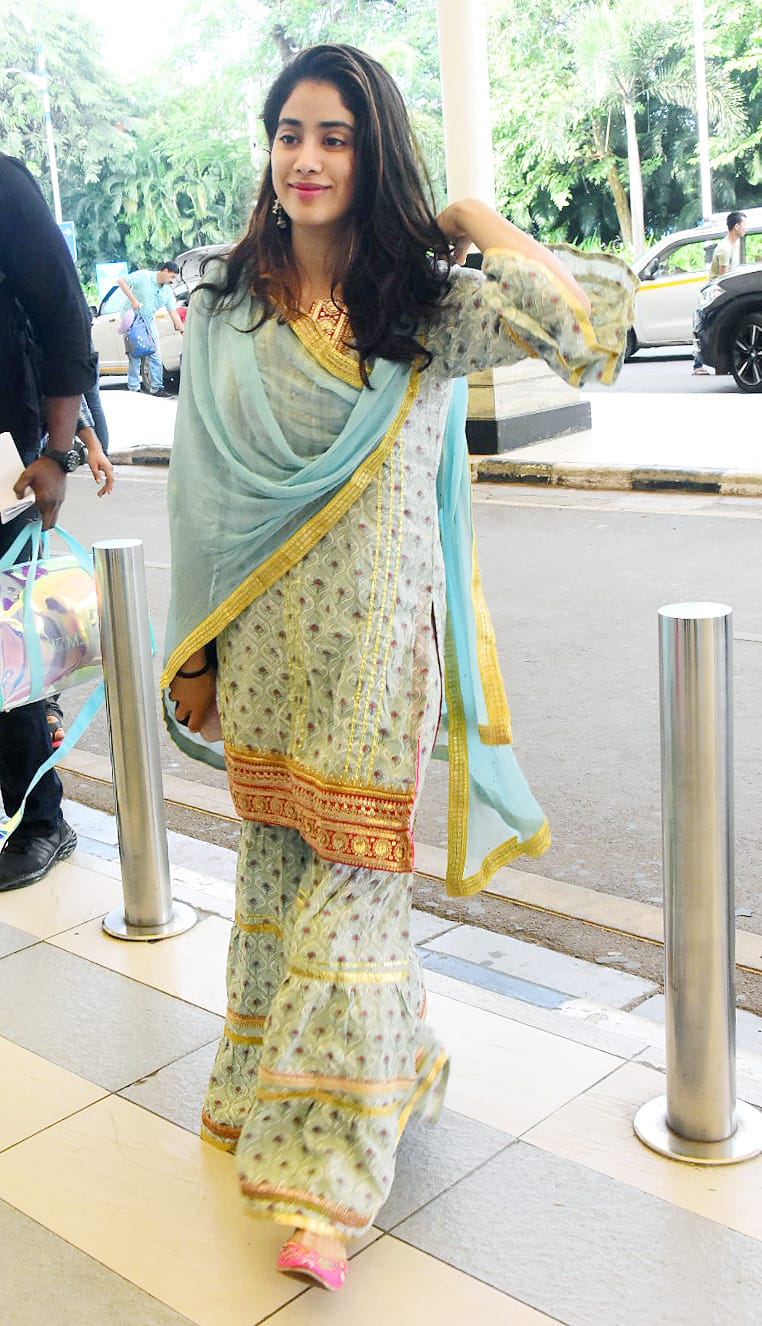 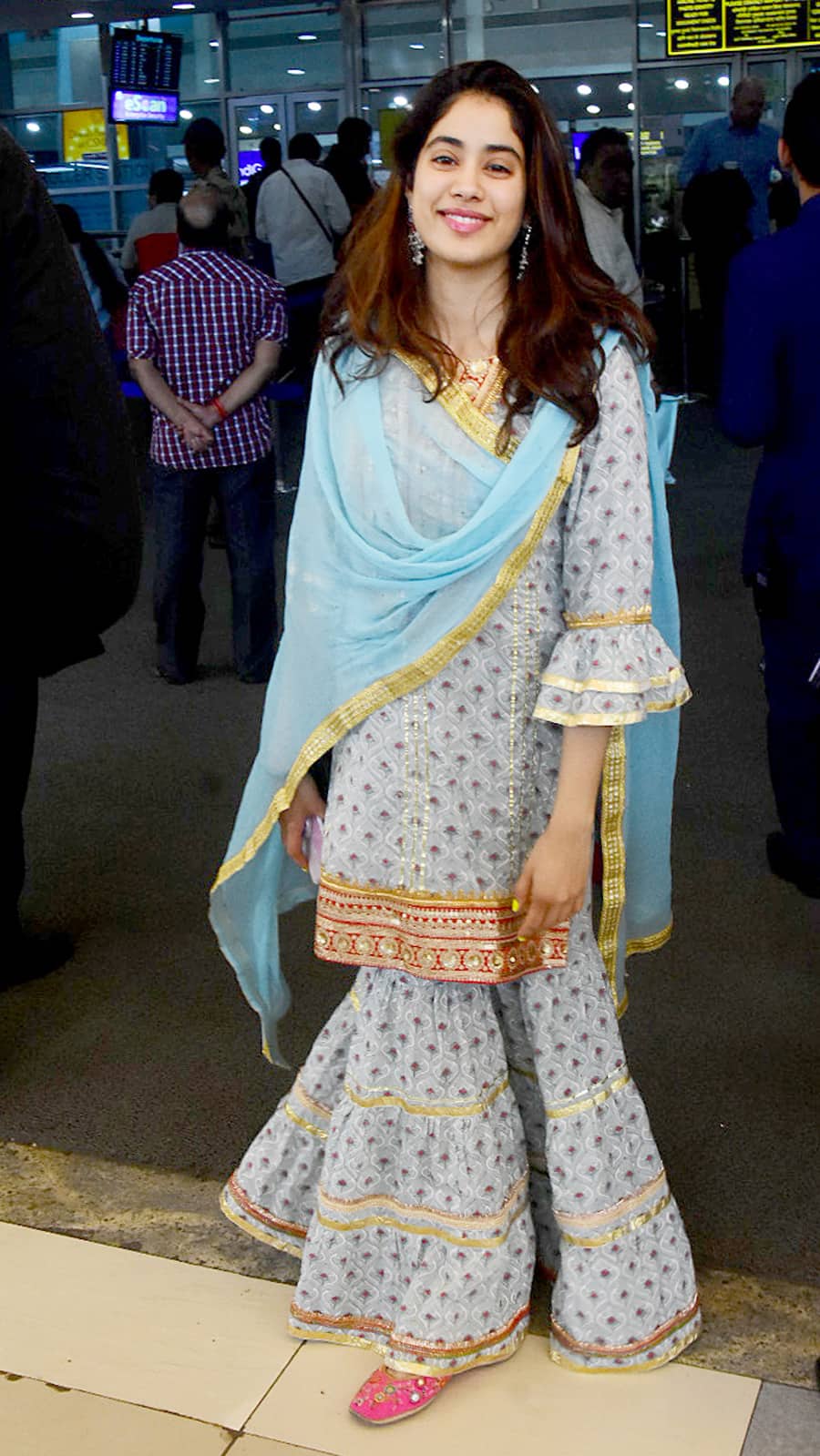 Janhvi flashed her million-dollar smile at the paparazzi on duty.

On the work front, Janhvi has 'Gunjan Saxena—The Kargil Girl', Takht and Dostana in her kitty.

Janhvi chopped off her long hair to ace her part as the lead character and the filming began in Lucknow, earlier this year.