Prithvi looks like a spitting image of his maasi. 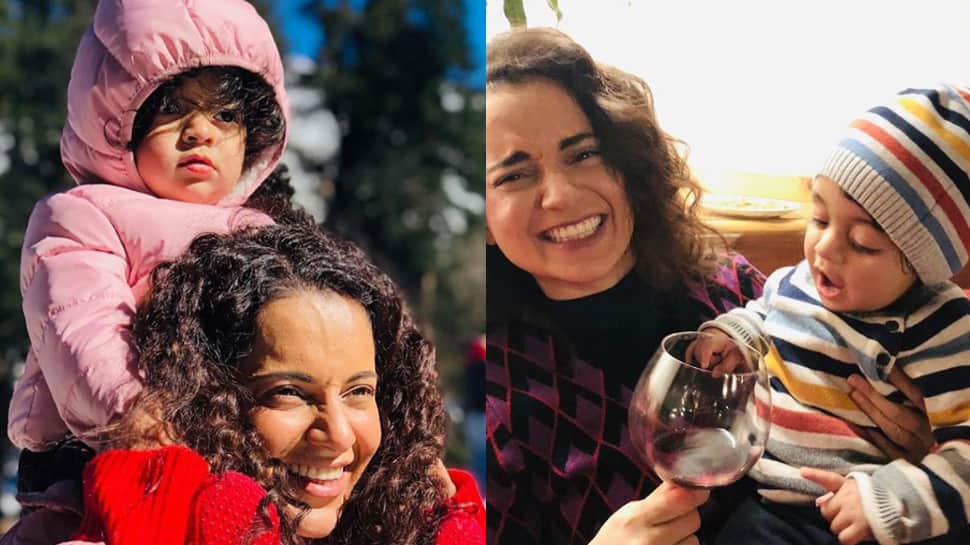 New Delhi: The powerhouse of talent, Kangana Ranaut is known for her impeccable acting chops. The actress, who is currently riding high on the success of her maiden directorial venture 'Manikarnika: The Queen Of Jhansi' sneaked some time out to be her family.

Kangana spent some quality time with adorable nephew Prithviraj and the video was shared by sister Rangoli Chandel on Twitter. She wrote: “Maasi and kiddie chilling before maasi leaves for long outdoor #masikiddiediaries #lifelinesinoneframe.”

Prithvi looks like a spitting image of his maasi, especially those cutesy curly locks. Kangana is often seen enjoying her time with the little one and there are several pictures of the two together.

On the work front, Kangana has tasted massive success with 'Manikarnika' hitting the right chord at the Box Office. The movie has crossed Rs 100 crore at the ticket counters and has emerged as a huge hit. She played the titular role of Rani Laxmibai of Jhansi.

Currently, she is busy with 'Mental Hai Kya' starring Rajkummar Rao. The movie is directed by Prakash Kovelamudi and is produced by Ekta Kapoor. It also stars Amyra Dastur, Jimmy Shergill, Amrita Puri and Mimoh Chakraborty in pivotal parts. The movie is set to hit the screens on March 29, 2019.