Ranaut spent over Rs 20 crores to design the property which also has a dining room, a fireplace, a gymnasium and a separate yoga room. 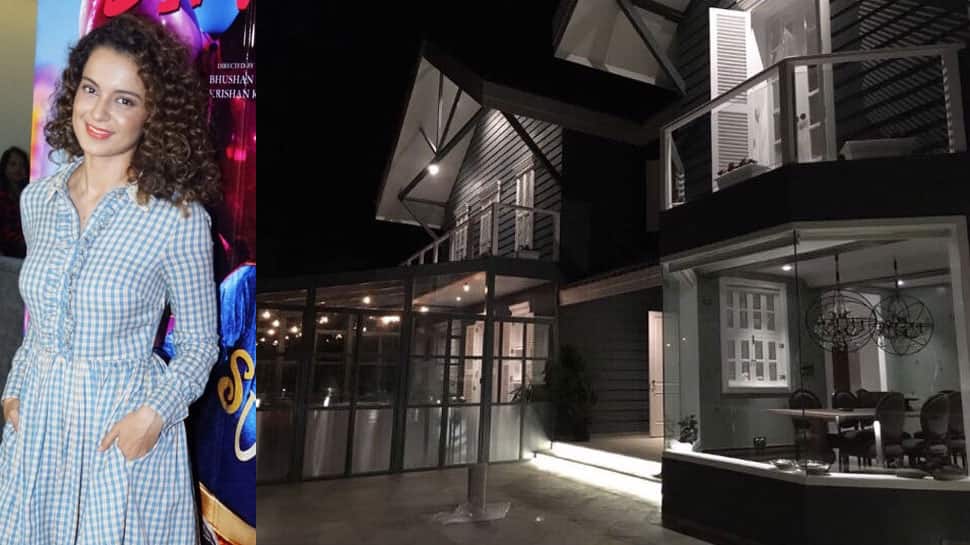 Mumbai: Kangana Ranaut, who hails from the beautiful state of Himachal has built a heavenly abode in her hometown Manali, reports suggest. The curly-haired beauty’s bungalow, which has been built in the gorgeous town, overlooks the majestic hills. Her new home finds a cosy space in the lap of nature and reportedly costs a whopping Rs 30 crores.

According to a report in After Hrs, Kangana bought the land for about Rs 10 crores soon after her film Queen turned out to be a super success. The three time National Award winning actress roped in architect Shabnam Gupta to design her new home. The bungalow’s architecture has a vintage European design and has as many as eight bedrooms with a step-out balcony.

“It’s an eight-bedroom house with all the windows opening to a view of the mountains. Each room has a step-out balcony. There is a rooftop glass conservatory, so that there is ample sunlight during the winters. Kangana has been making regular visits to her hometown to check on the progress of the place. She just got back from Manali two days ago in time for the shoot of a reality show,” a source said. Ranaut spent over Rs 20 crores to design the property which also has a dining room, a fireplace, a gymnasium and a separate yoga room.

On the work front, Kangana will be seen in Krish’s Manikarnika: The Queen of Jhansi, a film based on Rani Lakshmibai. The powerhouse of talents essays the lead role in the film which also stars Sonu Sood, Atul Kulkarni, Ankita Lokhande and Nihar Pandya.