Accusing the scribe of running a smear campaign against Kangana Ranaut, Rangoli Chandel opined that he did so as the actor made a "nationalist film". She also requested the government to "take strict action" against him. 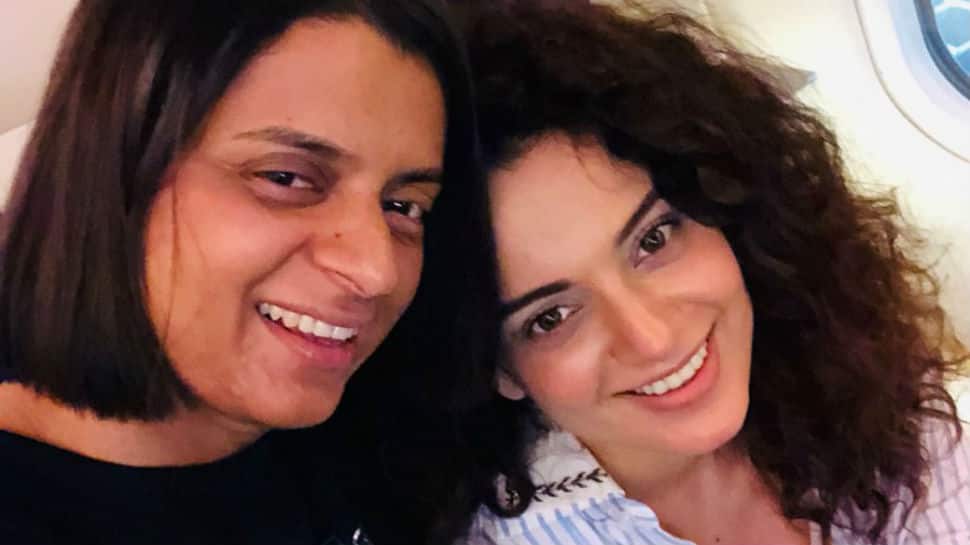 New Delhi: Kangana Ranaut`s sister Rangoli Chandel on Monday lashed out at the journalist who engaged in a verbal spat with the actor during the song launch event of the upcoming movie `Judgementall Hai Kya`.

After getting lambasted from Kangana on the grounds that he wrote "dirty things" about her film `Manikarnika`, the reporter is now being called out by her sister on Twitter.

"How dare he mock Manikarnika`s name and openly lie that he never wrote anything about it," Rangoli tweeted.

Accusing the scribe of running a smear campaign against Kangana, Rangoli opined that he did so as the actor made a "nationalist film".

Other than this, Rangoli also requested the government to "take strict action" against the journalist.

The controversy started during the event, while Kangana and Rajkummar Rao, her co-star in the film, were interacting with the media and answering their questions, Kangana snapped at the journalist before he could even complete his question, catching him off guard.

The journalist quickly defend himself and said, "Kangana, I did not even tweet anything about Manikarnika. You cannot intimidate a journalist because you are in a power position," he said.

The drama did not end there. Kangana then pointed out that the journalist had come to her vanity van and spent three hours there, but ended up writing questionable things following that.

"I have given you interviews before. You came to my van to interview me during Manikarnika. You spent at least three hours there and we had lunch together. But things have changed drastically after that. You had messaged me also, so don`t tell me I am trying to intimidate you like a star. Don`t make this about star and journalist," she asserted.

The 32-year-old further accused the media person of "harming" her "brand", to which he argued that he has only 600 followers on Instagram, thereby making him inconsequential.

That`s not all. While the actor and the journalist were busy arguing, another reporter snapped at the host of the event for not letting the media do their work properly and constantly interrupting the question and answer session.

`Judgementall Hai Kya` is slated to release on July 26.