Kareena, who is known to share a very close rapport with Amrita, is often seen enjoying her free time with her. 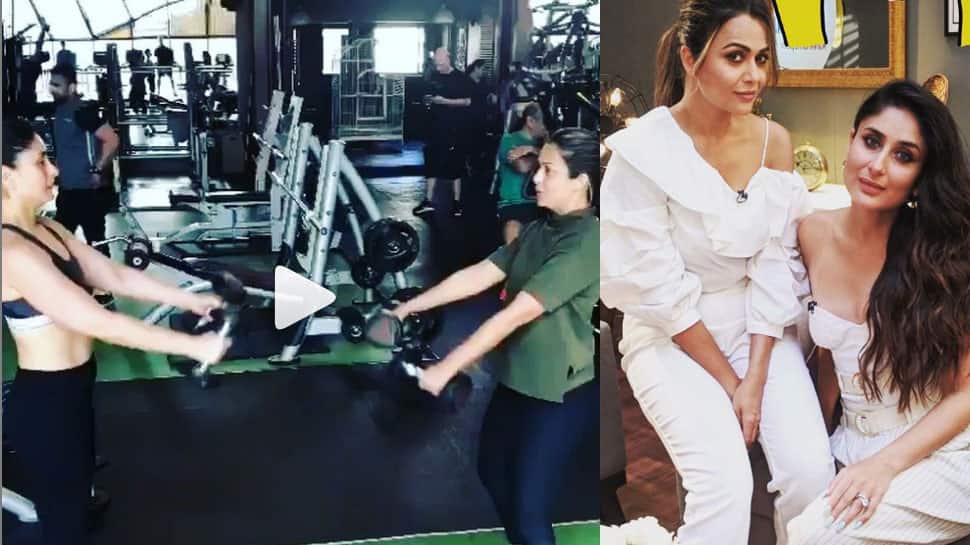 New Delhi: Bollywood actress Kareena Kapoor Khan is not on any social media platform yet, Bebo's charm is such, that every now and then we see her pics and videos. Kareena is known to be a fitness freak and is often clicked by the paps outside her gym in Bandra. Whether it is the gym look, airport look, or a red carpet look, Kareena is always in the limelight.

Kareena's BFF and actress took to her Instagram handle to share a video in which both of them can be seen sweating it out at the gym.

Kareena, who is known to share a very close rapport with Amrita, is often seen enjoying her free time with her.

On the work front, Kareena will be seen with Akshay Kumar in their next titled 'Good News'. The shoot of the film has begun already and it is directed by Raj Mehta . It stars Akshay, Kareena, Diljit Dosanjh and Kiara Advani in lead roles and will release on September 9, 2019.

The actress also has Karan Johar's 'Takht' in her kitty. The film is yet to go on floors and is scheduled to release next year.

Pulwama attack should not be forgotten, forgiven: Vicky Kaushal