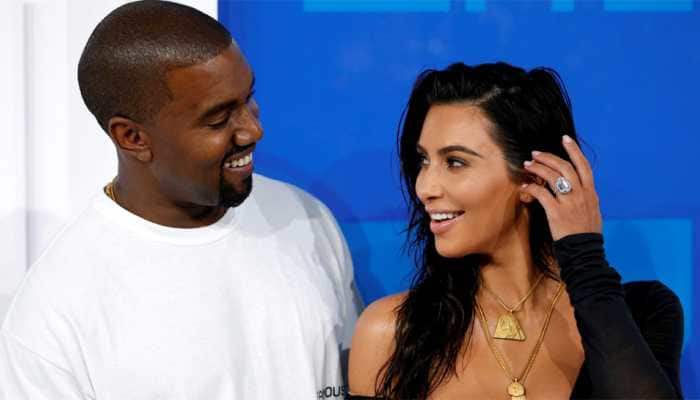 The black and white picture shows the couple embracing and kissing on a rock in the desert. They are both dressed surprisingly casually, both in tracksuits with makeup free Kim's hair scraped back into a bun, reports mirror.co.uk.

It's not clear why Kim had a sudden change of heart about the photograph - but may have been the target of Kanye's angry fans demanding to know why his long-anticipated next album had been delayed just hours before it was due for release.

Kanye shocked fans when he quit pop music and decided to make gospel music instead.

His album, "Jesus is King", was supposed to be released on September 27, a date announced by the rapper himself.

Kim showed no sign that the album was running late as she tweeted an excited countdown on Wednesday saying: "Two more days Jesus is King".

The delay was not announced by Kanye himself - but Kim.

In an Instagram story on Friday, Kim was the one to finally address the mounting questions about the arrival of Jesus is King.

Fans were furious about the last-minute delay, especially given that his album Yandhi never arrived at all last year.