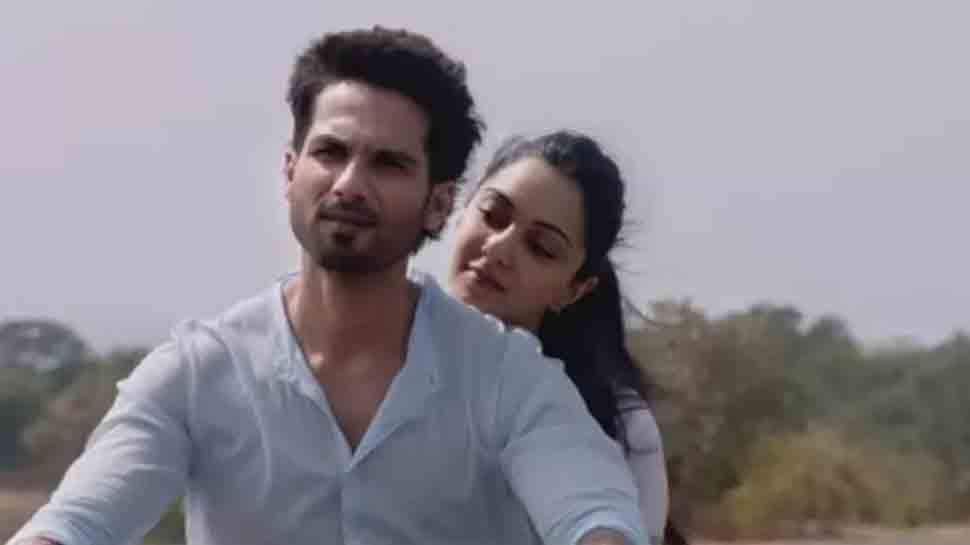 Mumbai: Shahid Kapoor who is essaying the role of an angry, vengeful man in his latest release 'Kabir Singh' has earned praises for his flawless portrayal of the role. Filmmaker Karan Johar congratulated the actor and sang praises of the lead pair. Sharing a still from the film on Instagram, Karan Johar wrote a detailed and fascinating post dedicated to Shahid and Kiara Advani.

"KABIR SINGH is about manic, relentless and reckless love and the experience of viewing the film is exactly the same! It's relentless in its narrative leaves you reckless in emotion and you find yourself Manicly rooting for Kabir's unabashed love for Preeti!" Karan's post read.

Calling the film a 'modern ode' to the classic 'Devdas', Karan continued, "This modern Ode to Devdas leaves you spellbound! It also makes you stand up and applaud the genius of Shahid Kapoor's portrayal of KABIR SINGH! He lives and breathes the character with insanity and abandon! It almost seems like he has pulled every bit of himself to portray the part! Brilliant!!!!"

Not leaving behind the spectacular work of the female protagonist Kiaraa, the post further read, "Kiara Advani is just so lovely! Her vulnerability and silences win your heart and soul!! She is the sunshine and smile of the film.....it's directorial brilliance all the way!" "Sandeep is a master storyteller and breaks all cinematic grammar to tell this tale of paagal passionate love!! Huge mention to Soham Majumdar who essays a pitch-perfect best friend to Kabir! Go fall and rise in love with Kabir Singh! This ones a massive hit!!!!!," Karan ended giving a shout out to the team of the film in his post.

Not only Johar but Shahid's wife Mira Rajput Kapoor also seems to be in awe of her husband. Mira wrote on Instagram, "Aa zamane aazmaale rooth ta nahi Faaslon se hausla ye toot'ta nahi. So proud of you baby. It's your time to shine."

'Kabir Singh' which is the Hindi remake of the Telugu hit 'Arjun Reddy', has been helmed by Sandeep Reddy Vanga and produced by Bhushan Kumar, Murad Khetani, Krishan Kumar and Ashwin Varde. The film hit the theatres today.