Bollywood singer Neha Kakkar's Instagram update left her fans worried. The singer shared a post about battling depression and 'ending her life'. She expressed her displeasure over insensitive rumours about her personal life being spread. 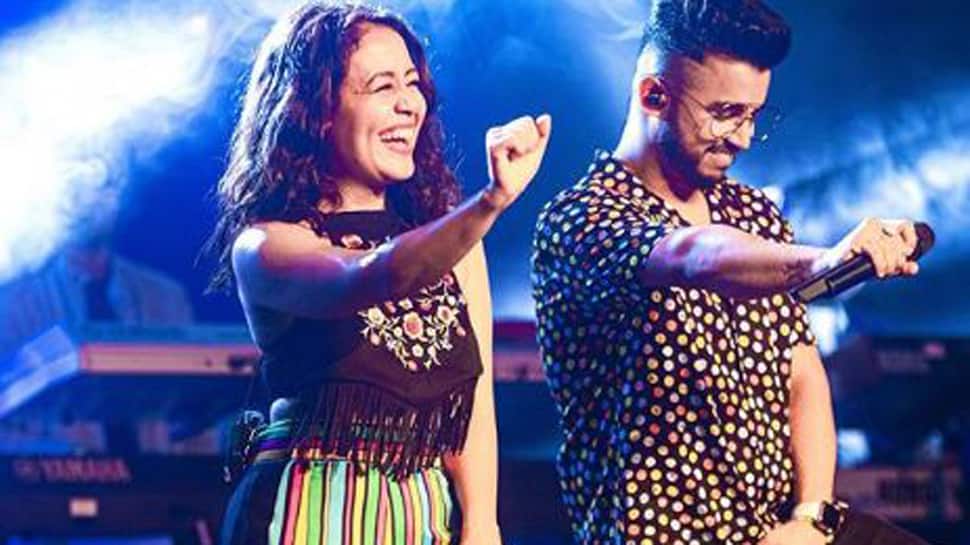 New Delhi: Bollywood singer Neha Kakkar's Instagram update left her fans worried. The singer shared a post about battling depression and 'ending her life'. She expressed her displeasure over insensitive rumours about her personal life being spread.

After an ugly break-up with Himansh Kohli, Neha was rumoured to be dating Indian Idol contestant Vibhor Parashar. However, turns out that the rumours were not true and they only sparked off after Neha and Vibhor's joint appearences in music concerts.

Taking to Instagram stories, Neha wrote, "While i’m writing this i’m not in a good condition. Neither physically, nor mentally. But i had to speak up! You know.. They don’t realise that i’m a daughter/ sister of somebody. I’ve worked so hard all my life and made sure that i make my family proud and do good with everyone who’re not even my family/friends."

“Why do they spread rumours without even thinking how badly it’ll affect somebody’s life. Even if she’s a celebrity, she’s a human being first! Stop being so heartless. Stop talking about somebody’s personal life or character. Stop judging. Stop embarrassing people. Dont do so much that they get depression. If you are a father or brother of somebody will you do that to your daughter/ sister?,” she added.

“Stop making anybody feel so bad that they start thinking of ending their life. Plz! Stop!!,” she signed off.

Her depressing posts left her fans worried and that coaxed Neha to issue a clarification much later.

“People who care for me, Don’t worry I’ll be fine! Bura time hai It’ll pass! I have to be alright, have a Concert Tonite. But if you really care and wanna do something about it then try Changing the world. Tell them to stop all that! Say No to the news that makes people’s life miserable,” Neha took to Instagram to clarify.

Earlier, Vibhor too had quashed the rumours of dating Neha. He had told Bollywoodlife, "You should take it as a rumour. People have sh** mentality. If someone is helping you build your career, it is because they see some talent in you. Just because I don’t tag her as didi (sister) on Instagram, everyone starts thinking that she is my girlfriend.”

“I’m Vibhor Parashar because of her. I really respect her and people know me because of her and obviously, also because of my hard work. So, I don’t even feel like responding to these rumours. Mera dimaag kharab hota hai when I hear these things,” Vibhor added.