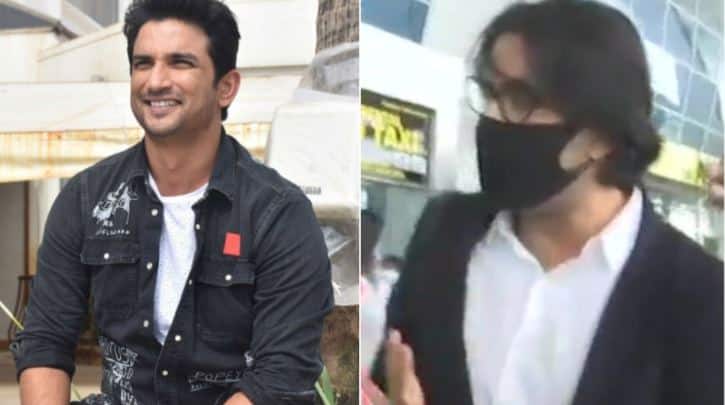 New Delhi: Goa-based hotelier Gaurav Arya, who has been summoned by Enforcement Directorate (ED) in Sushant Singh Rajput's death case, said that he had never met the actor. Gaurav is on his way to Mumbai from Goa. He is to appear before the ED on Monday. The ED is probing the money laundering angle in Sushant's death case.

While speaking to the reporters, at the Goa airport, Gaurav Arya said, "I have no connection with the case. I never met Sushant Singh Rajput. I met her (Rhea Chakraborty) in 2017," news agency ANI reports.

I have no connection with the case. I never met Sushant Singh Rajput. I met her (Rhea) in 2017: Gaurav Arya at Goa Airport. #SushantSinghRajputCase https://t.co/qIHSBEb70b pic.twitter.com/ADG5MUGVn4

Rhea and Gaurav Arya allegedly exchanged messages about drug consumption. Her deleted WhatsApp chats have hinted at a possible drug conspiracy in Sushant's case. The retrieved chats unfolded the conversation between Rhea and Gaurav Arya, who was earlier identified as an alleged drug dealer.

The Narcotics Control Bureau (NCB) on Wednesday registered a case against Rhea, her brother Showik, Gaurav, Rhea's talent manager Jaya Saha and others under several sections of the NDPS Act.

The ED investigation had revealed details about Rhea's conversation about drugs in the WhatsApp chat.

Sushant died at the age of 34 in Mumbai on June 14. The CBI is probing his case. Rhea and Showik have been questioned for three days in a row till Sunday.