Parineeti Chopra: Scuba diving is like detox program for me

Actress Parineeti Chopra is a scuba diving enthusiast and she says that the water adventure sport is like a detox program for her that lets her forget all worries. 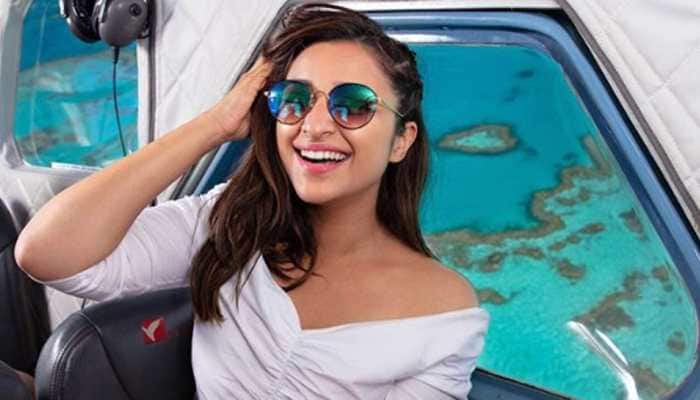 Mumbai: Actress Parineeti Chopra is a scuba diving enthusiast and she says that the water adventure sport is like a detox program for her that lets her forget all worries.

"What I like the most about diving is that there is no phone network under water. Nobody can call me and my manager cannot call me and talk to me about work. I used to hear that scuba diving is like a meditation. Some people say it's as good as a drug, and that it's the most peaceful thing. I remember the first time I dived was in Bali. When I came out from my first dive, I was crying because it was a life-changing experience," said Parineeti in Mumbai on Friday.

Parineeti said that scuba diving is like a detox program for her, she said: "I am not a very sporty person and this was literally the only sport in my life. I got addicted to it quickly, and now I try to make at least two to three diving trips every year. It's something I cannot live without anymore. It's like a detox program for me because I leave my phone behind. I have done land-based diving, liveaboard diving and I literally just love to forget about my phone -- that's the main thing."

The actress's love for scuba diving came to the fore while she was interacting with the media at an event where she was announced as the brand ambassador for Adex India - Mumbai Dive show Ocean Festival.

She could not hide her excitement about the development on social media, captioning a picture from the event thus: "So happy to announce to my fellow scuba divers - I am the India ADEX ambassador! Yayy. Here's to spreading the word about ocean health while having fun doing what we love the most!!! ?????????? #ScubaDiving #ADEX @paditv"

On the work front, Parineeti was last seen in the romantic action comedy "Jabariya Jodi" along with Siddharth Malhotra.

Talking about her upcoming projects, she said: "I will start shooting for the Saina Nehwal biopic soon. I am still training for the role. Every day, I train in badminton for two hours and I also engage in physical training for an hour. Recently, I completed shooting for 'The Girl On The Train' and I feel these two films are very interesting. I haven't played these kinds of roles before, so I hope the audience will appreciate both films and my effort in them."

The Ribhu Dasgupta-directed mystery thriller "The Girl On The Train" has been shot in the United Kingdom. The film is a remake of the 2016 Hollywood film of the same name, which was based on Paula Hawkin's 2015 bestseller of the same name. The film also features Kirti Kulhari and Aditi Rao Hydari and it is expected to hit the theatres in early 2020.