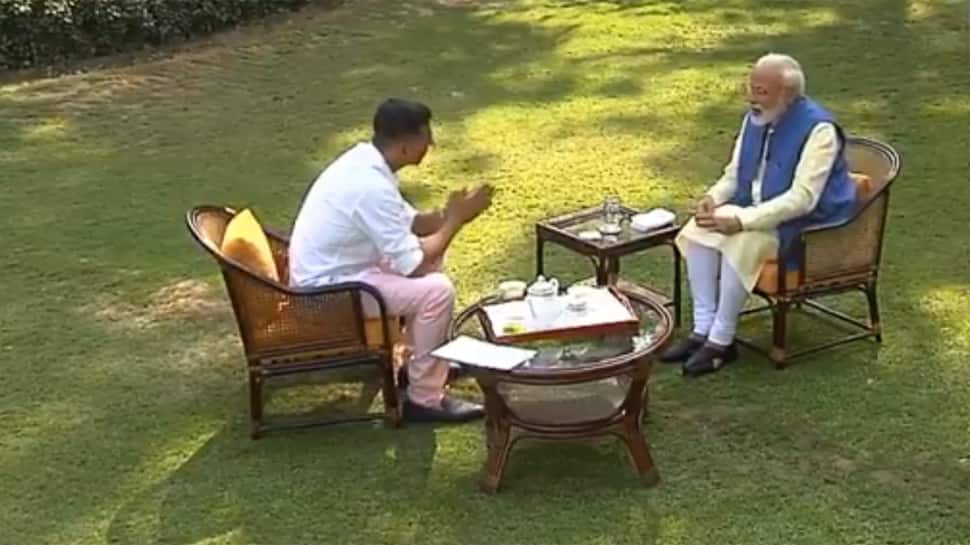 Appreciating the actor`s mother for practising yoga and making it a part of her daily routine even after a knee surgery, the Prime Minister tweeted: "Happy to see this Akshay Kumar! Yoga does transform people`s health for the better. #YogaDay2019," he tweeted.

The photo which Akshay shared showed his mother sitting with her feet joined and eyes closed as she meditated.

"Sharing something I`m extremely proud of...post her knee surgery at the age of 75, my mother started doing yoga and now it is part of daily routine, improving one day at a time. #NeverTooLate #BreatheInBreatheOut #InternationalDayOfYoga," he tweeted.

Happy to see this @akshaykumar!

Yoga does transform people's health for the better. #YogaDay2019 https://t.co/h2bLu0mi20

Speaking at an event in Ranchi where he performed asanas along with nearly 30,000 people on the occasion of the fifth International Day of Yoga, Prime Minister Narendra Modi urged the world to embrace yoga by making it part of their daily routine, asserting that the focus must be wellness as well as protection from illness.

"We should get knowledge about yoga, the way we keep updating our phone. Yoga is discipline, dedication, and it has to be followed throughout your life. Yoga belongs to everyone and everyone belongs to yoga," Modi said.