Priyanka Chaturvedi, who recently left Congress party to join Shiv Sena said that it is "unfortunate" that the decision was taken on the basis of her acting career hindering her practice of following the Islam religion. 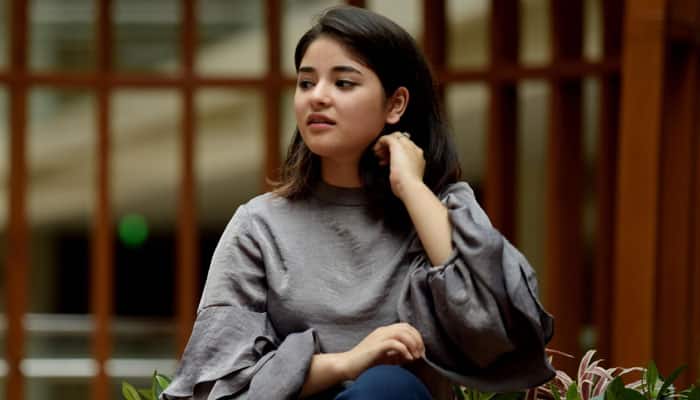 Chaturvedi said that it is "unfortunate" that the decision was taken on the basis of her acting career hindering her practice of following the Islam religion.

"Zaira Wasim moving on from film industry is alright and the country wishes her well. To each their own calling. However it was unfortunate to read in her letter that the decision was taken on the basis of her belief that it hinders her to practise her faith," she wrote.

She went on to say, "Hindi cinema has seen many success stories of people from the same faith, does her reason imply that all these stalwarts didn't know their religion? Some equate her decision to that of Vinod Khanna, did he say his religion says that his choice of career blocks his faith?"

"Also to those who compare it to @nusratchirps fatwa, it is another worms comparison, please remember ever since Zaira joined the Hindi Film Industry she has been under constant attack from Kashmiri hard liners," she tweeted.

"Please practise your faith, if it is your calling, but do not use it to make your religion sound intolerant to career choices, which it clearly isn't. This actually does a huge disservice to her religion and reinforces the narrative about Islam being intolerant."

Earlier, Bollywood celebrities like Raza Murad, Neil Nitin Mukesh, Tanushree Dutta, Daisy Shah, and Karanvir Bohra unanimously said that Zaira's decision to quit Bollywood was her personal choice and praised the 'Secret Superstar' actor for the stellar performances in two of her films.

The 18-year-old, in a Facebook post on Sunday, announced her "disassociation" from acting in Bollywood. Stating the reason behind her decision, Zaira said that she was not happy with her current line of work, which has silently and unconsciously transitioned her "out of imaan."

The actor, in March, wrapped up the shooting of the film, 'The Sky is Pink', which also stars Priyanka Chopra Jonas, and Farhan Akhtar.

Inside details from Sophie Turner and Joe Jonas' France wedding