Priyanka Chopra, Nick Jonas to travel to India in February?

As per reports, the newlyweds will be travelling to India for Jaden Smith's maiden concert, to be held in February. 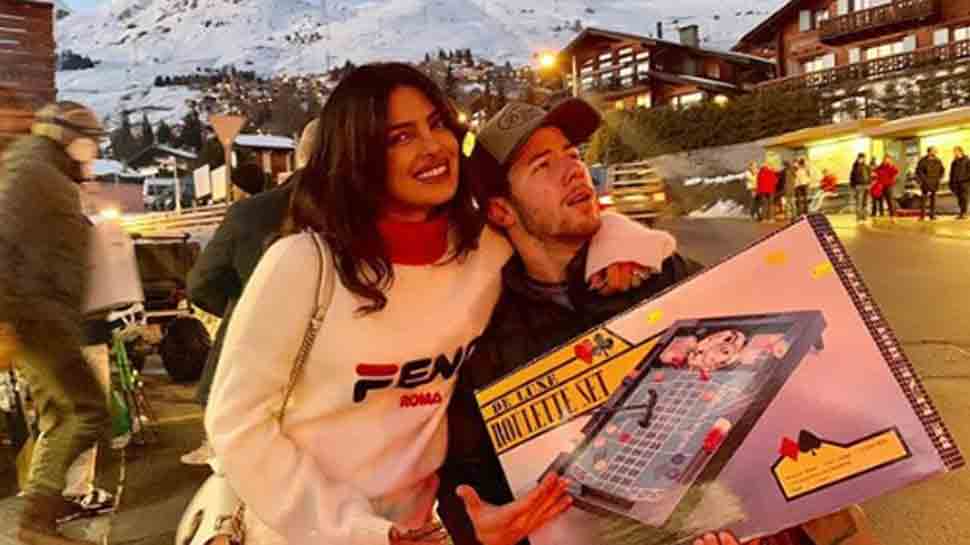 New Delhi: The two will be travelling to India for Jaden Smith's maiden concert at the VH1 SuperSonic 2019 festival that's going to be held on February 16-17, 2019. Nick is close friends with Jaden, so Priyanka would be accompanying him for the music fest in Pune. Jaden wants Nick to be around as it is his first performance in the country.

A source told Mid-Day that the music festival will see an incredible line-up of artists. And since Nick has been very close to Jaden, he is expected to show at the event along with his wife. Reports are also there that Nick might even perform at the event.

Well, it will be interesting to have Nick and Priyanka back in the country. They make for one of the power couples and their fans can't be more than happy to see them together.

Priyanka and international singer Nick Jonas's fairytale wedding took place at the majestic Umaid Bhawan, Jodhpur on December 2, 2018. She had two ceremonies—a white wedding followed by a traditional Hindu one.

The gorgeous couple hosted a grand reception on December 4 in Delhi which was largely for VVIPs, relatives and the media. Prime Minister Narendra Modi was amongst the first guests to arrive at the reception and blessed the couple.