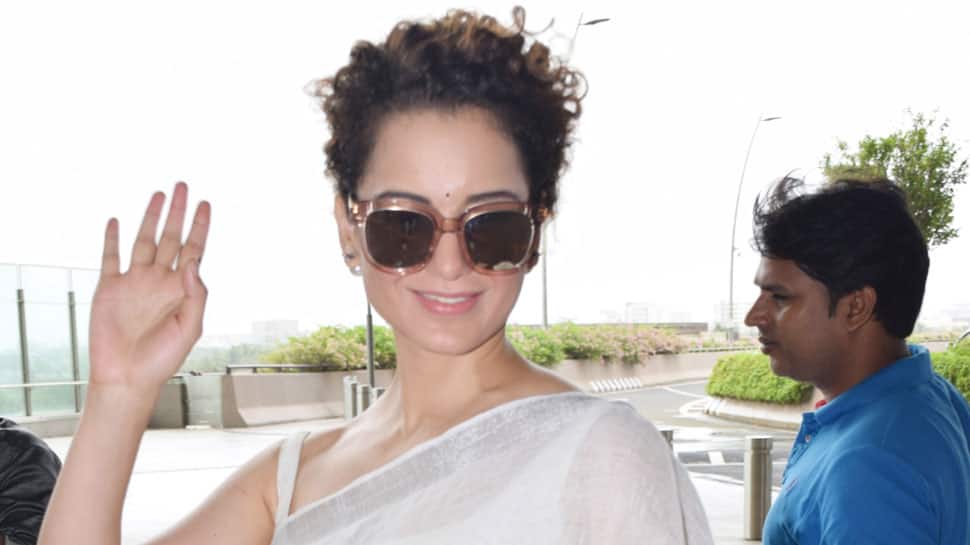 New Delhi: Kangana Ranaut's sister Rangoli Chandel is an avid user of Twitter. More often than not, she expresses her opinion on the micro-blogging site. Recently, Rangoli took to Twitter and shared an unseen picture with her sister Kangana and mommy.

The three Himachali beauties can be seen wearing bright red outfits. If you look at the picture at once Kangana and Rangoli, for a split second, you will think they are twins.

She wrote in the caption: “Look what I found a picture of Chotu and me with mom can anyone spot the calendar behind with year written on it?”

Look what I found a picture of Chotu and me with mom can anyone spot the calendar behind with year written on it ?pic.twitter.com/SZEs3y1pWg

On the work front, Kangana is busy working on the highly ambitious project Thalaivi, based on the life of actress turned politician Jayalalithaa. To ace the look, Kangana headed to Los Angeles a few days back and underwent a prosthetic make-up look test with the best in business.

Last she was seen in Ekta Kapoor's 'Judgementall Hai Kya' with Rajkummar Rao. The film was bankrolled by Balaji Motion Pictures. The actress received rave reviews for her performance in the black comedy.