Rapper T.I. reveals he visits gynaecologist with daughter to 'check her hymen'; faces backlash on Twitter

Rapper T.I. is facing backlash on Twitter after his comments on a recent podcast interview. His statements have come as a shock to users across the globe. 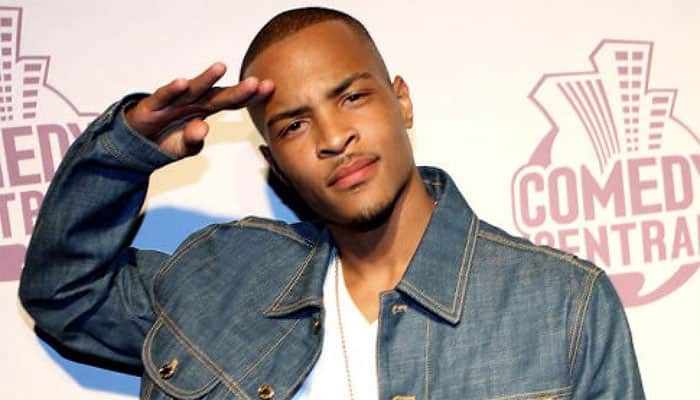 New Delhi: American Rapper T.I. is facing backlash on Twitter after his comments on a recent podcast interview. According to Buzzfeed, TI talked about his parenting style in an interview with Nazanin Mandi and Nadia Moham on 'Ladies Like Us'. It was here that he was asked if he has had the 'sex talk' with his daughters.

In response to this, TI said that he hasn't only had the talk with his eldest daughter (who turned 18 this June), but also goes to the gynaecologist every year to get her hymen checked, reports Buzzfeed.

TI's statements have come as a shock to users across the globe and the rapper is facing immense backlash for the same.

#RapperTI says he goes to the gynecologist with his daughter to 'check her hymen' - what a misogynistic SOB! She's 18 and an adult but he still holds her prisoner to his #MedievalMindset https://t.co/A6RSMivnZt

#rapperti he better clean up his act or lose whatever relationship he has with his daughter.

Regarding the whole #hymen issue. I want to know why the doctor didn't report #TI because that's some scary sh*t

Good evening. Not only is checking your daughter’s #hymen disgusting, abusive, misogynistic and invasive, it’s also a complete waste of time. Linking articles that explain why. Stop worrying about girls’ virginity and worry about how their fathers and partners treat them.

Female virginity (intact #hymen ) can not be measured by ANY test administered by a gynecologist. Especially if a lady is into sports. Idc what anyone says. I wish to gawd I could see a convo about enforcing male virginity for a once. Why do you all keep doing this to my TL?

Buzzfeed reports TI as saying, “Right after her birthday, we celebrate, then usually like the day after the party, she’s enjoying the gifts, I put a sticky note on the door: ‘Tomorrow. 9:30,’ ”

He then revealed that the doctor asks his daughter, Deyjah, to sign a waiver so that he can see the result of the examination.

As per the report, TI further added, “So we’ll go and sit down and the doctor will come and talk, and the doctor’s maintaining a high level of professionalism,”