The veteran beauty gave a hilarious reaction when she realised she was posing before Big B's picture. 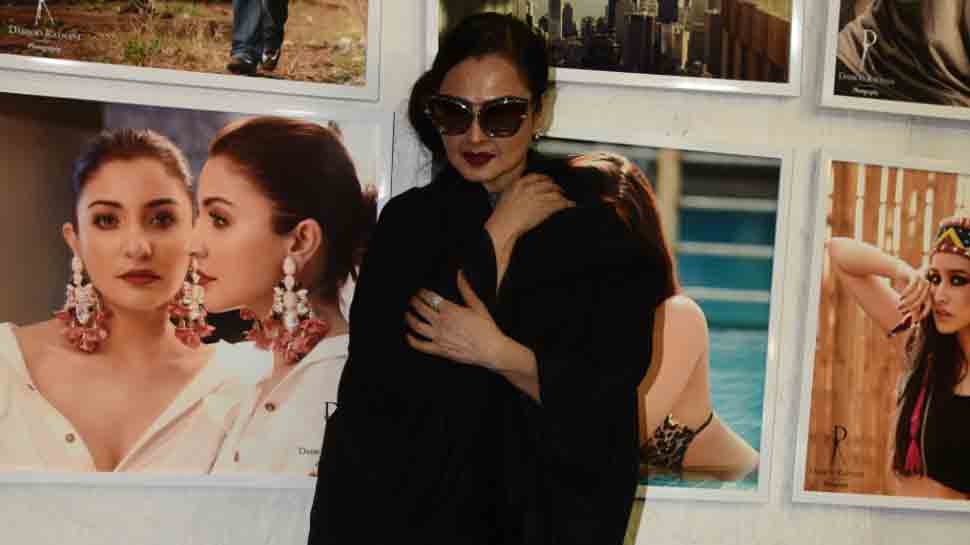 Bollywood's timeless beauty and actress Rekha was also at the event. The actress had ditched her usual kanjeevaram saree and gajra for the event and turned up in a stylish all-black outfit with cateye shades. However, what she didn't know that she wasn't prepared for a goofy moment that was captured by the photographers.

Rekha was caught on camera, posing for the paparaazi. However, when she realised that she was accidentally standing in front of actor Amitabh Bachchan's picture, she swiftly ran away from it, leaving the viewers in splits.

The video has been shared on the social media with many reacting to it. Check out her hilarious expressions below:

Loll.. see how #Rekha ji reacted when she found herself posing next @SrBachchan __#AmitabhBachchan sir shouldn't miss this post _

While Rekha didn't feature on Dabboo Ratnani's calender, she attended the launch event and posed against the picture backdrops. Amitabh, on the other hand, shot for the calender. His son Abhishek and daughter-in-law Aishwarya Rai Bachchan have too apeared on the calender.