Salman's fans loved his new outing and showered him with praise on Twitter. 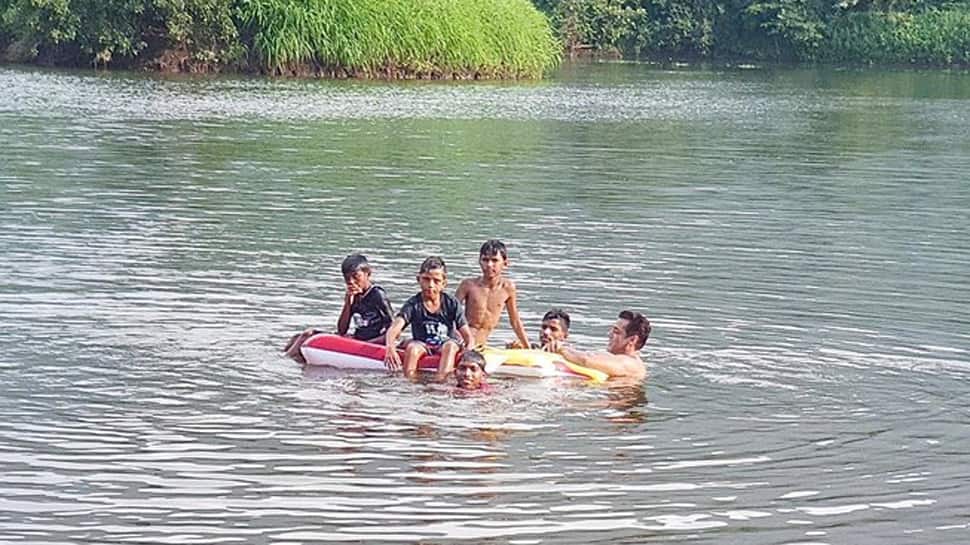 Mumbai: Superstar Salman Khan went out swimming with a group of "cool kids", and took to social media to share how he enjoyed a break from his busy schedule.

Salman utilised his free time by taking a dip in the water with children. He shared a glimpse of his swimming outing on social media, where he refers himself as 'Bhai'.

In the image, Salman can be seen neck deep in water, holding onto a deflatable boat -- on which children are seen sitting. The location seems comforting and serene with a green backdrop.

Salman's fans loved his new outing and showered him with praise on Twitter.

A fan said: "Waaah bhai", while another wrote, "How lucky these children are". One fan wrote: "This is the best tweet from you in recent times".

On work front, Salman will soon be back as Chulbul Panday with "Dabangg 3", which is slated to release on December 20. Actress Sonakshi Sinha will also reprise her role of Rajjo. The film also introduces Mahesh Manjrekar's daughter Saiee Manjrekar, and features Kannada superstar Kichcha Sudeep and Pankaj Tripathi among others.