Check out these pics of Sara, in which she can be seen enjoying a bicycle ride in Juhu, Mumbai:

New Delhi: Bollywood actress Sara Ali Khan is adored by many for her candour and charm. The leggy lass has been ruling hearts ever since her debut film 'Kedarnath' hit the screens.

Saif Ali Khan and Amrita Singh's daughter, Sara, was lauded for delivering a power-packed performance in her first ever film. The actress is the paps' favourite and often strikes a pose for them, whenever she is spotted in the city. Be it heading to her gym, spending quality time with her friends or casually hanging out, Sara's pics go viral in no time.

Check out these pics of Sara, in which she can be seen enjoying a bicycle ride in Juhu, Mumbai: 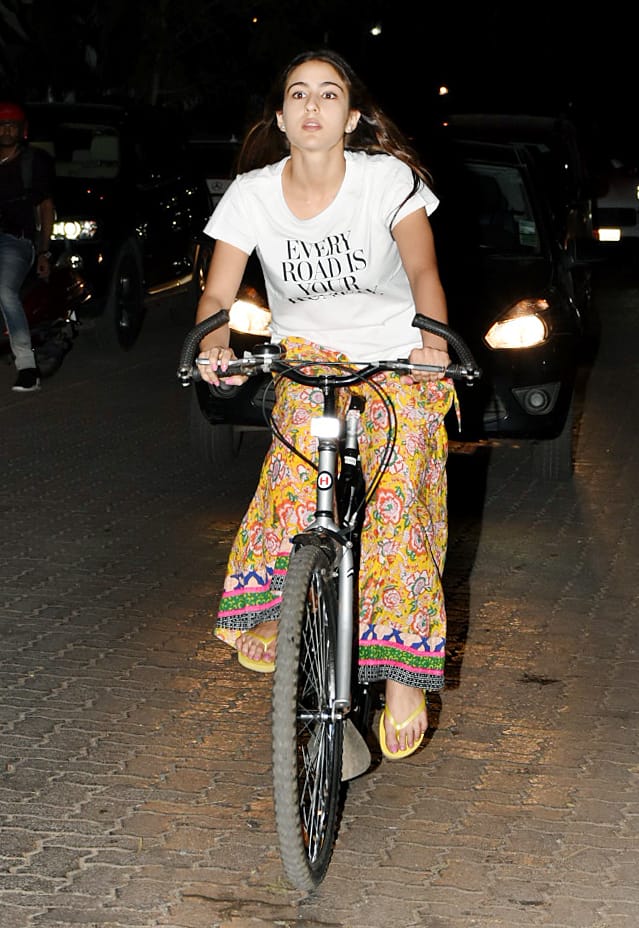 Coming to 'Kedarnath', the film also starred actor Sushant Singh Rajput and is helmed by Abhishek Kapoor. The film released in December 2018.

After two hit films, all eyes are on Sara's next project which is yet to be announced.