Bollywood actress Sara Ali Khan and Kartik Aryan have wrapped up the first schedule of their upcoming film Love Aaj Kal 2. They were shooting for the film in Delhi. 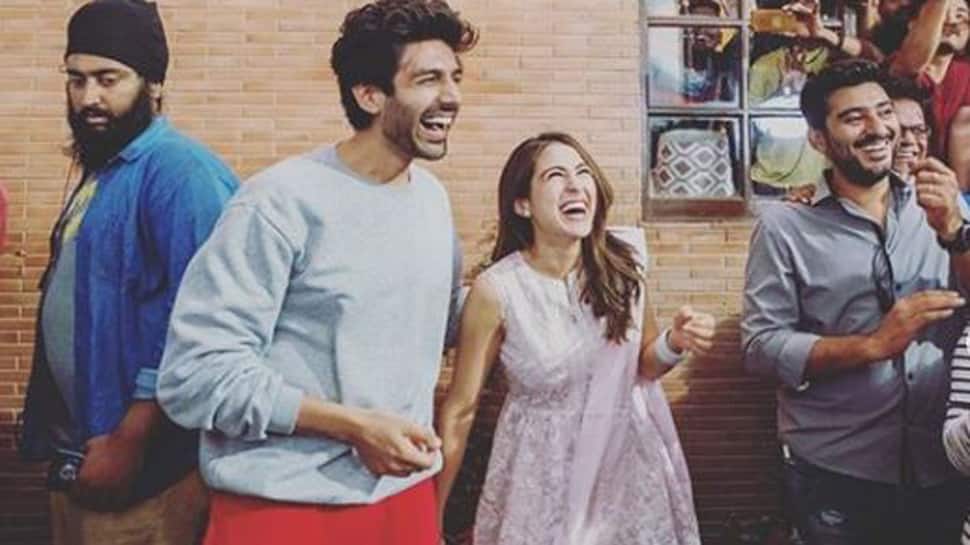 New Delhi: Bollywood actress Sara Ali Khan and Kartik Aryan have wrapped up the first schedule of their upcoming film Love Aaj Kal 2. They were shooting for the film in Delhi.

Announcing the wrap on Instagram, Sara shared a fun video from the set. She wrote, "And that’s a schedule wrap for me in Delhi."

In the video, Sara and Kartik are having fun on the sets and we can't wait to watch them on screen!

The Imtiaz Ali directorial is reportedly a sequel to the 2008 film Love Aaj Kal, which starred Sara's father Saif Ali Khan and Deepika Padukone in the lead roles. Earlier, there were rumours that Saif will also join the cast of the film but the senior actor refuted such claims.

Meanwhile, Kartik is also busy prepping for his upcoming film Pati Patni Aur Woh, which stars Ananya Pandey and Bhumi Pednekar in the lead roles. The film will hit the screens on December 6, 2019