Sara said she would be performing with Ranveer Singh and Madhuri Dixit Nene at the award show. 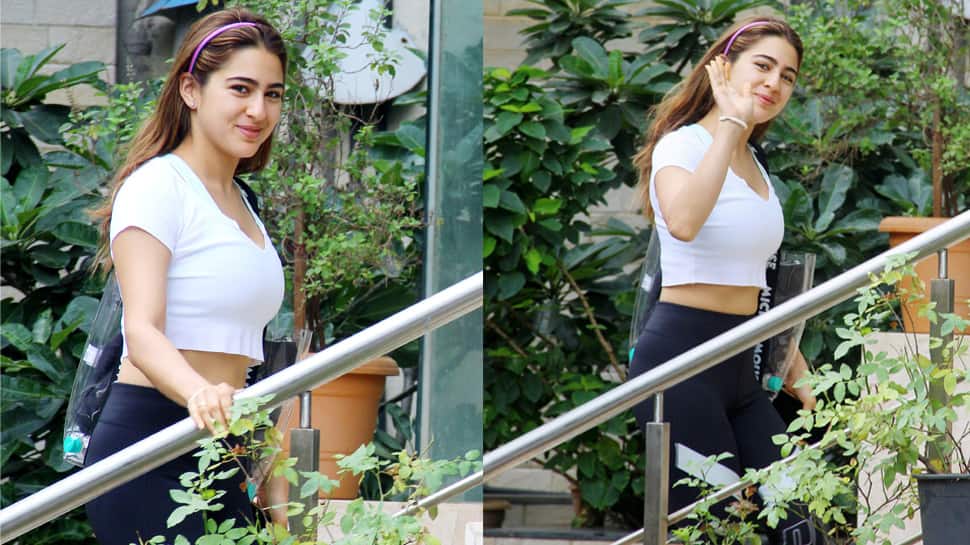 Mumbai: Sara Ali Khan is excited but nervous about performing at the 20th edition of International Indian Film Academy (IIFA) Awards. Sara added that she will dance to hit songs of father Saif Ali Khan and her mother Amrita Singh at the awards show.

"I have been watching IIFA Awards since childhood. I have travelled with my father to the IIFA Awards. I remember two years ago, IIFA was held in New Jersy and I was in New York with my father. But I couldn't attend the function because he said, 'why do you want to attend, you haven't been invited?!' So, this year's IIFA Award is really special to me because I have been invited. I will be performing and now I feel I have become a part of this industry," said Sara, while interacting with the media at the dance rehearsals of the award ceremony on Sunday in Mumbai.

Sara said she would be performing with Ranveer Singh and Madhuri Dixit Nene at the award show. "I am doing rehearsals for my performance and I am shooting for David (Dhawan) sir's along with it so, I am not getting enough time but whatever time I am getting, I am making sure to do rehearsals as much as possible because Big stars like Ranveer Singh and Madhuri Dixit are to perform on this platform so, it is obvious that I am feeling bit nervous so, I am hoping to perform better at awards."

Asked which songs were on the playlist for her performance, Sara replied: "I will be performing on my songs. Since it's my first performance I will also perform on the songs of my father and my mothers."

Sara next will be seen in "Coolie No. 1" opposite Varun Dhawan, and in Imtiaz Ali's next, in which she co-stars with Kartik Aaryan. Asked which filmmakers she wants to work with, she said: "I am working with David sir and I am working with Imtiaz (Ali) sir as of now but I would like to work with other filmmakers as well. I wish they would consider me in their films."

Sara's last release, "Simmba" opposite Ranveer Singh in December 2018, was a box-office success.