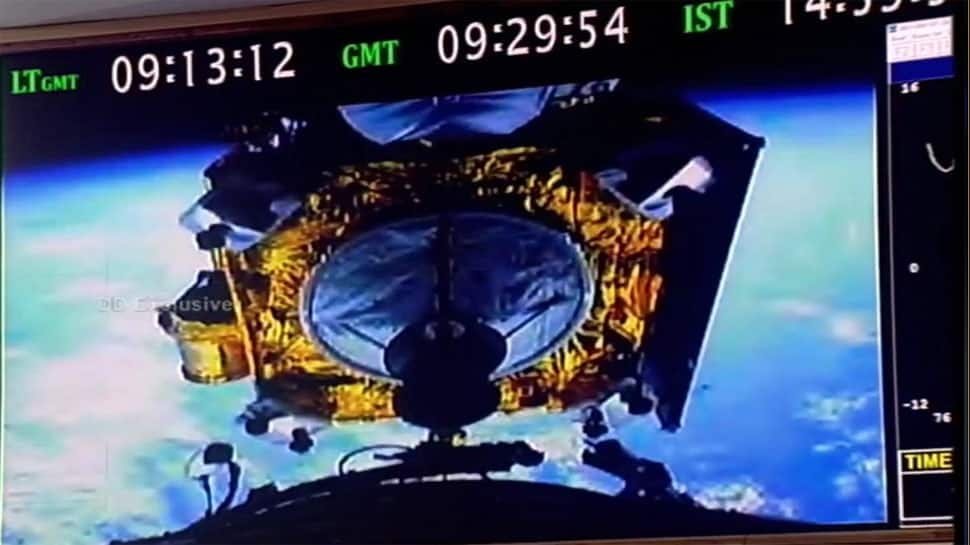 Sriharikota: The congratulatory wishes from Bollywood flowed for the team of Indian Space Research Organisation (ISRO) on the successful launch of Chandrayaan 2 on Monday.

"Chaand taare tod laoon. Saari duniya par main chhaoon! To do that requires hours and hours of painstaking work and integrity and belief. Congratulations to the team at ISRO for Chandrayaan 2," he tweeted.

"Each one of us is lucky to be alive to witness this historic occasion! Chandrayaan 2 is the first mission by ISRO which is headed by two women - Muthyva Vanitha and Ritu Karidhal. Women are indeed taking over the world... and beyond," he wrote.

Akkineni Nagarjuna considered the feat as a "giant leap for India".

Nimrat Kaur said that she got goosebumps on seeing the launch of the space satellite: "Goosebumps all over. Huge congratulations ISRO and every single brilliant team member involved on making us so proud" wrote the "Airlift" actress.

A 43.4-metre tall, 640-tonne rocket, nicknamed 'Bahubali', carries the 3.8-tonne Chandrayaan-2 spacecraft. It had developed a snag last week. On Monday afternoon, it lifted off successfully from Sriharikota, Andhra Pradesh.

After the launch, actor Akshay Kumar, who is gearing up for the release of his space drama "Mission Mangal", saluted ISRO for spending "countless days ensuring the success of Chandrayaan 2".

"Namumkin ko phir mumkin kiya hai ISRO ne. My heartfelt congratulations to the real superheroes who taught us, the sky is not the limit," he wrote.