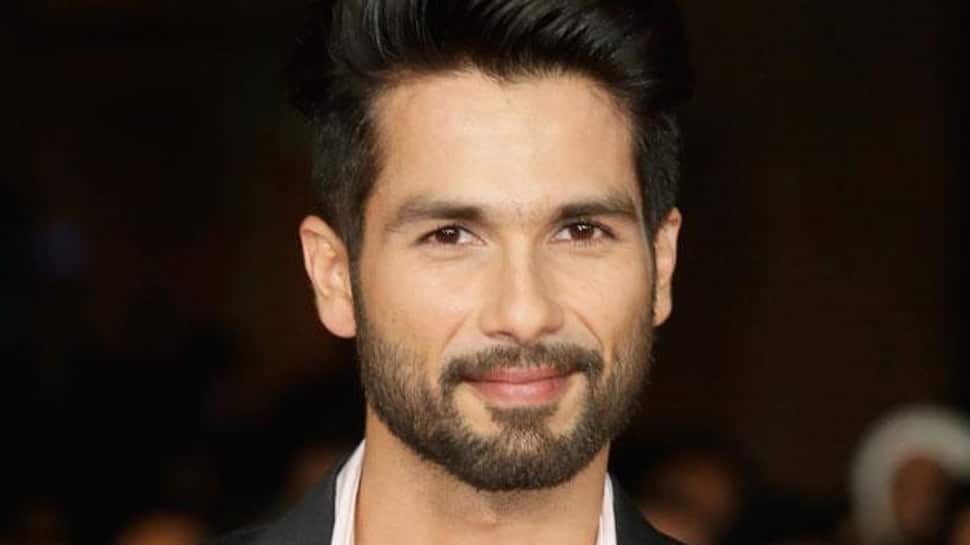 The teaser, which was released on Monday, puts the lens on different shades of Kabir, essayed by Shahid. It also marks the homecoming for Shahid in the intense sphere, which he has aced with projects like "Kaminey", "Haider" and "Udta Punjab".

The teaser starts on a contradictory note.

"This is Dr Kabir Raj Dev Singh. He is one of the best students to have ever graduated from Delhi Institute of Medical Science with an impeccable record" -- that's how Shahid's character is introduced. But the visuals tell a different story as it shows Kabir starting his day with alcohol and a puff of smoke.

What follows is a trip high on booze, nicotine and drugs for Kabir. But there's more to the tale as the male protagonist also deals with anger issues. As Shahid puts it, Kabir is a rebel with a cause.

The film is a remake of Telugu film "Arjun Reddy". The remake is written and directed by Sandeep Vanga.

From abusing to bashing someone to showing his middle finger during a football game -- Shahid has impressed one and all with his attempt to reflect the bada** attitude of Kabir. His bearded look and ruffled hairdo give an extra edge to the whole vibe.

Over the course of the minute-long teaser, one can sense there is a reason behind Kabir's anger and attitude issues. It shows different shades of Kabir -- he was studious, he was in love, he was respectful of others' feeling which is depicted with a scene in which he kisses Kiara Advani's coy character and says 'kissi ne dekha nahi (nobody saw it)'.

Memes and dialogues from the teaser are already going viral on social media.

Vijay Deverakonda, who featured in the original film, posted: "Sending my love and best wishes to my men Sandeep, Shahid and Kiara."

Apart from Bollywood celebrities, social media users were also in awe of Shahid.

One user wrote: "The teaser is already explosive. Can't imagine how the trailer and the whole film will be". Another posted: "One of the few actors who get into the skin of a character they are playing on screen. Immensely talented and wonderful performer."

Pointing to Shahid's "Udta Punjab" character, one user wrote: "Tommy Singh (to) Kabir Singh what a variation in drug addict characters. Shahid you are the king man... hope you get your due soon."

Another shared: "Shahid Kapoor just nailed it. We thought no one would match the energy and attitude of Deverakonda but Shahid proved it wrong. His energy, attitude matched the character".

One user commented: "You totally deserve it! You are the proverbial Phoenix of Bollywood...every time people write you off but you rise up again... stronger and more determined to deliver another mind-blowing performance."

Overwhelmed by the reaction, Shahid tweeted: "To all of you who have given such an overwhelming reaction to the 'Kabir Singh' teaser, I am thankful from the bottom of my heart. Big love to you all. Keep it coming. Your love is the wind beneath my wings."

"Kabir Singh" is produced by Bhushan Kumar, Murad Khetani, Krishan Kumar and Ashwin Varde. It is set to release on June 21.