Shilpa Shetty took to Instagram on Thursday to share a hilarious video of her goofing around and dancing to the popular song 'In Da Getto'. 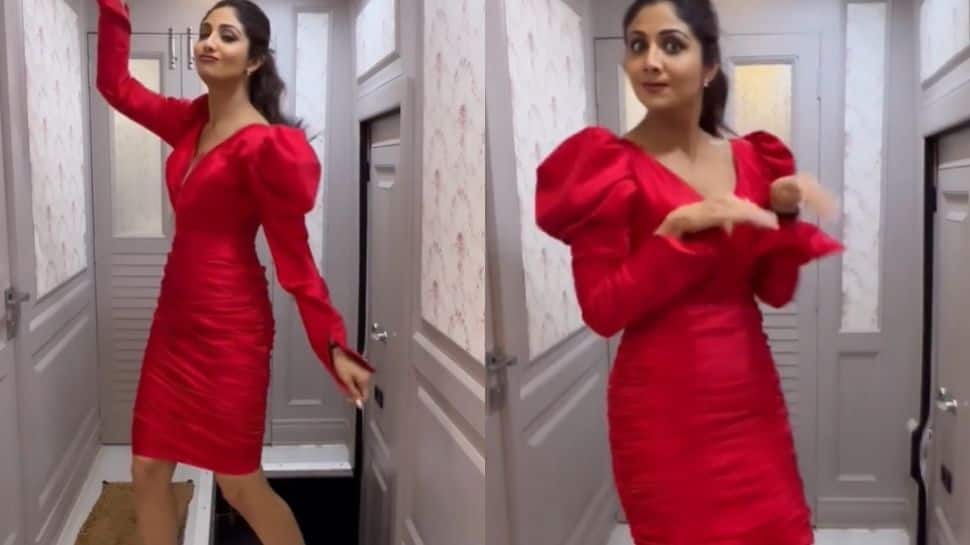 New Delhi: Dancing queen Shilpa Shetty has wowed fans with her latest reel where she hops on the ‘In Da Getto’ trend on Instagram. The actress is seen dancing in her spacious vanity van whilst dressed in a statement red dress and high heels.

She seems to be enjoying herself to the fullest as she energetically pumps out dance moves which later turn into goofy steps.

Staying in the spirit of fun, Shetty bursts into laughter at the end of the video amused by her own quirky moves.

Take a look at her dance video:

Earlier, on October 19, actor Shilpa Shetty and her husband Raj Kundra filed a defamation suit of Rs 50 crore against Sherlyn Chopra. This was in retaliation to Sherlyn filing a complaint against Raj Kundra and Shilpa Shetty for allegedly committing fraud against her and mental harassment.

On the work front, she was last seen in Priyadarshan's film 'Hungama 2' co-starring Meezaan Jafri and Paresh Rawal.

On the personal front, the actress has been going through a tough time since her husband Raj Kundra was arrested in July in relation to a pornographic films case. Later, on September 20, 2021, he was granted bail and he walked out of Mumbai's Arthur Road Jail the next day.