Sonam was spotted at Juhu recently and was seen wearing a white suit which she paired with a colourful overcoat. 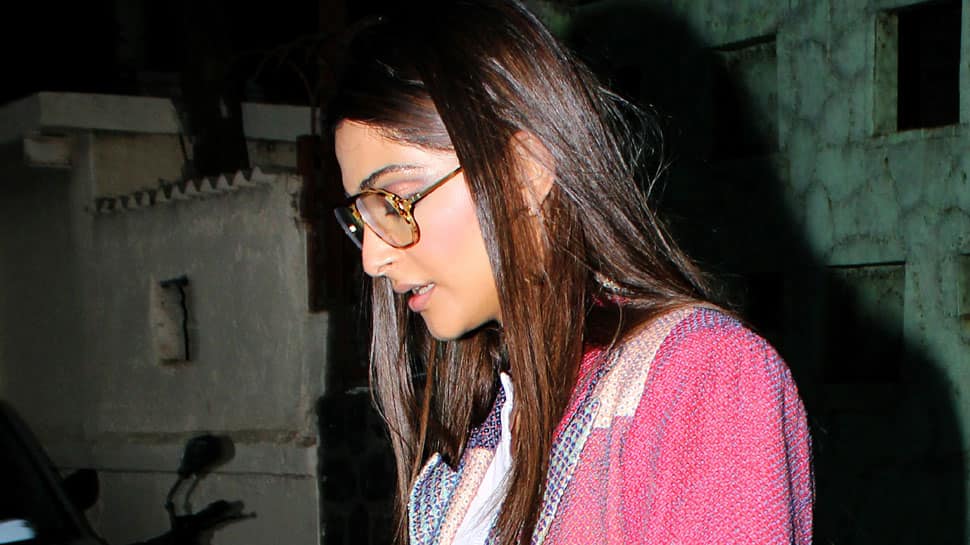 New Delhi: Bollywood actress Sonam Kapoor Ahuja is known to be the fashionista of the industry and often leaves us surprised with her looks. The stunning diva knows how to make heads turn and often experiments with her outfits.

Sonam was spotted at Juhu recently and was seen wearing a white suit which she paired with a colourful overcoat.

Trendy, right? Well, that's how you rock the ethnic look!

On the work front, Sonam was last seen in 'Ek Ladki Ko Dekha Toh Aisa Laga' and shared screen space with her father Anil Kapoor for the first time. The film was lauded by audience and critics for its content as it dealt with the controversial subject of same-sex relationships. It also starred Rajkummar Rao and Regina Cassandra.

Sonam will next be seen in 'The Zoya Factor' which has actor Dulquer Salmaan as the male lead. The film will hit the screens on 14 June 2019 and is based on Anuja Chauhan's best-selling novel by the same name.