Sonam Kapoor, Anand Ahuja twin in black as they return from romantic gateway in Japan — Pics

The couple returned from their vacation and were spotted walking hand-in-hand at the airport.

New Delhi: Sonam Kapoor and Anand Ahuja, who were vacationing in Japan, arrived back from their romantic getaway and were captured by the shutterbugs at the airport on Wednesday. The adorable couple were walking hand-in-hand and were seen colour-coordinating in black.

While Anand sported a black t-shirt, pants, and sneakers, Sonam donned a black sweatshirt which she teamed with a black skirt and white sneakers. She completed her look with black sunglasses. 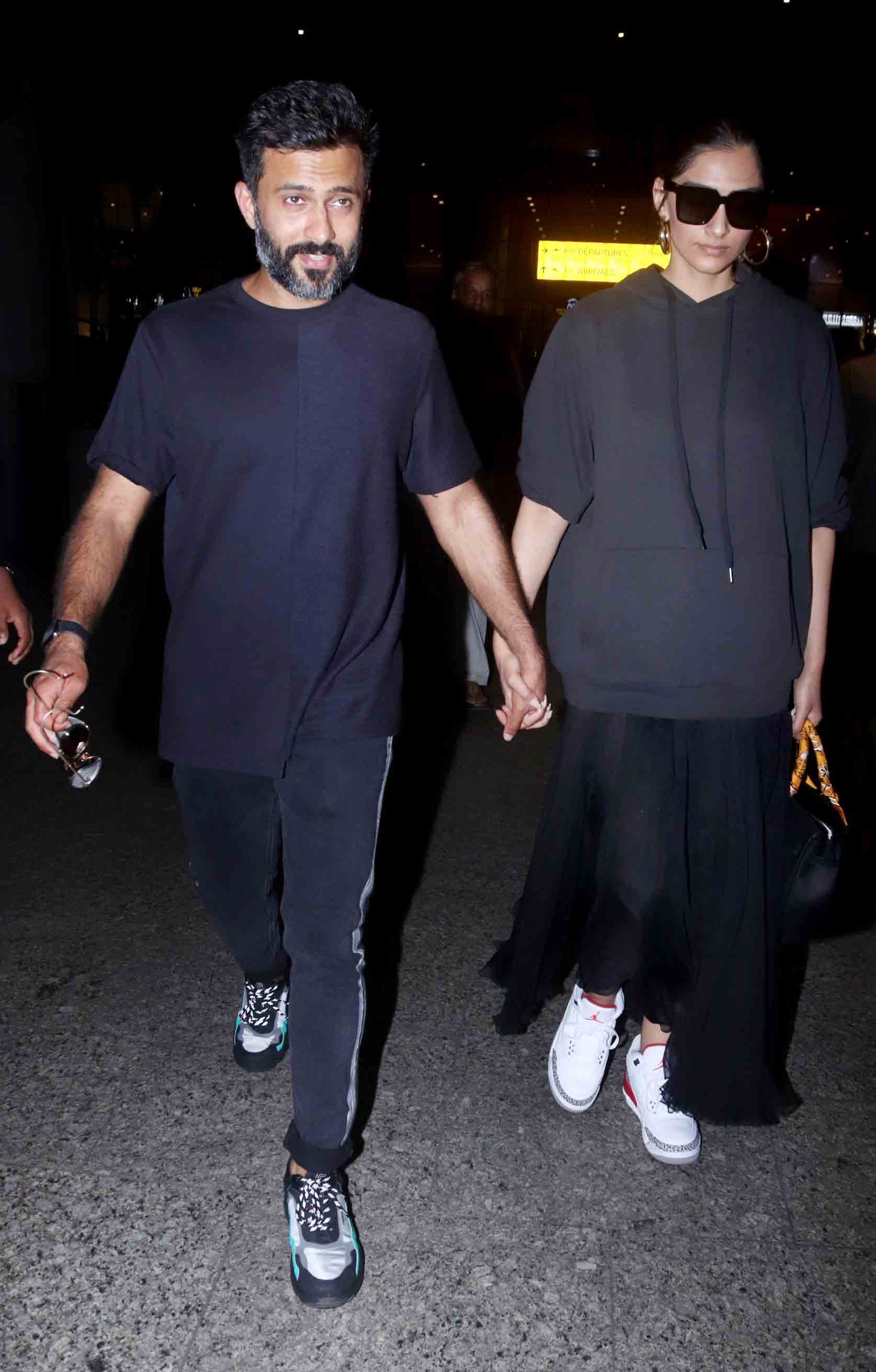 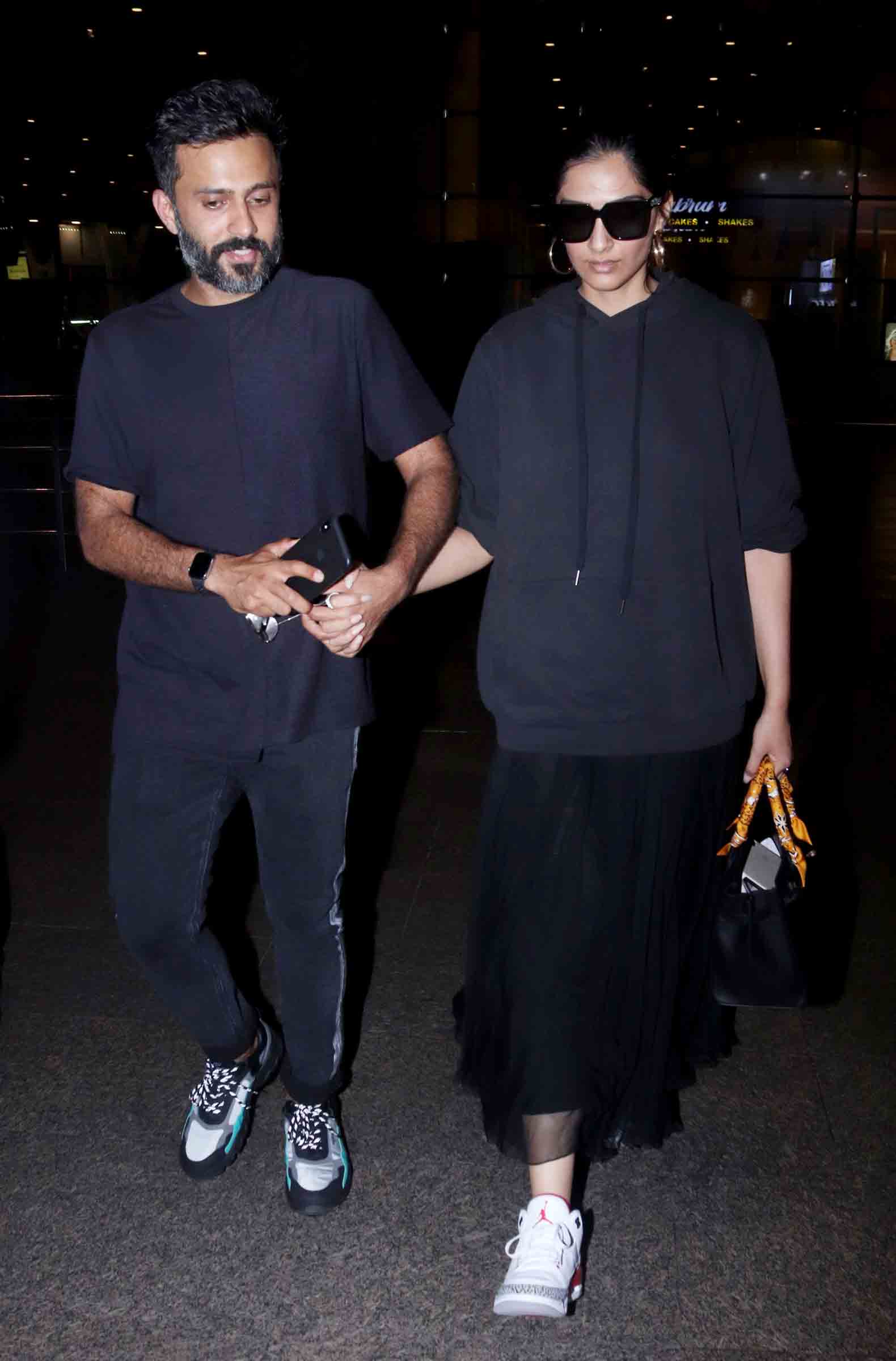 Throughout their trip, the couple treated their fans with their mushy pictures. And as they bid their goodbye to Japan, the 'Ranjhanaa' star shared a one-minute long video summing up her trip, writing, 'From Tokyo, With Love. See you soon."

Take a look at their other posts from Japan:

"I ask myself every day_ How did I get so lucky to marry my best friend in this world." @anandahuja Anand and I didn't get a honeymoon so this was honeymoon/anniversary/birthday trip all rolled into one. And let me tell you it was worth the wait. I had the best time of my life. Thank you my love .

Sonam and Anand got married in a big fat Punjabi wedding on May 8, 2018. The couple's marriage was a grand affair, attended by almost every prominent face of Bollywood.

On the work front, the actress is all set to make her digital debut with a web series where she will be unraveling some of her style secrets.

Sonam was last seen in 'Ek Ladki Ko Dekha Toh Aisa Laga' also starring her father Anil Kapoor and Rajkummar Rao. She will next feature in 'The Zoya Factor' with Dulquer Salmaan, which is based on a famous novel by Anuja Chauhan. Directed by Abhishek Sharma, the film which was supposed to release on June 14, 2019, but will now hit theatres on September 20.