The shutterbugs went clicking the gorgeous mommy and sons.

New Delhi: Bollywood stunner Sunny Leone was recently clicked at the airport. The actress reportedly is flying to Jaipur and looked gorgeous in a desi look. But what our attention is not Sunny but her adorable twins—Asher and Noah.

Sunny was holding one of them and the little munchkins looked super cutesy. While one of them wore a blue striped t-shirt and khaki shorts, the other one donned grey tee and chequered shorts.

Check out their pics: 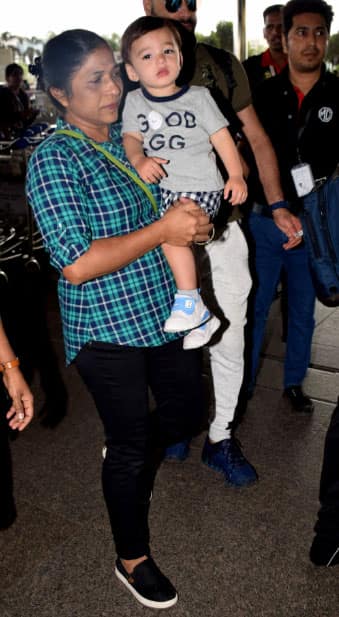 The shutterbugs went clicking the gorgeous mommy and sons.

Sunny was recently seen on Arbaaz Khan's show 'Pinch' and made opened up on her controversial life journey.

Sunny and her husband Daniel Weber adopted their first child Nisha Kaur from Latur, a village in Maharashtra in July 2017. She was 21 months old at the time of adoption.

On March 4, 2018, the couple announced the birth of their twin boys Asher Singh Weber and Noah Singh Weber born through surrogacy.

Ever since that in 2012, Sunny has featured in several movies and hosted shows on MTV such as 'Splitsvilla' and 'Haunted Weekends with Sunny Leone' to name a few.