Sanjana Sanghi flew to Delhi on Wednesday, a day after she was questioned by the Mumbai Police in connection with Sushant Singh Rajput's suicide case. 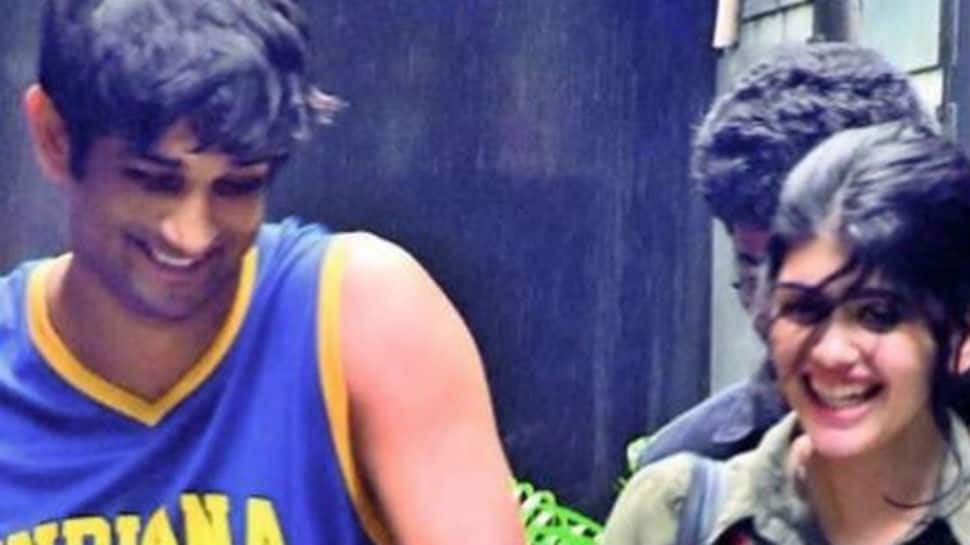 New Delhi: Actress Sanjana Sanghi, Sushant Singh Rajput's 'Dil Bechara' co-star, has penned a cryptic note hinting at not returning to Mumbai now. She flew to her hometown Delhi on Wednesday and bid bye to the city of dreams via an Instagram post. 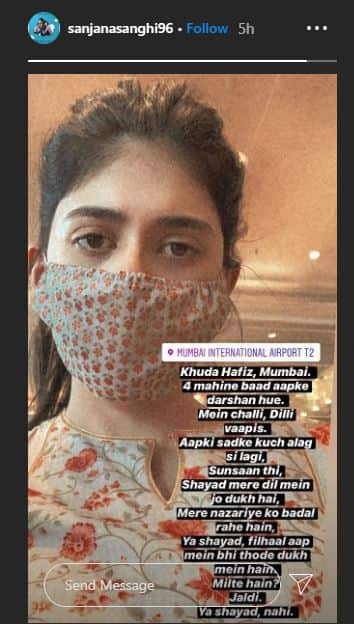 The development happens a day after Sanjana was questioned by the Mumbai Police for nearly nine hours in Sushant's death case.

Sushant died by suicide on June 14 in Mumbai. He was found hanging in Bandra apartment. The actor was said to be under stress and depression for some months.

An investigation is currently underway in his case. Apart from Sanjana, 27 other people have been interrogated by the Mumbai Police.

Meanwhile, 'Dil Bechara' will be Sushant's last film while it marks Sanjana's debut in Bollywood. The film will release on Disney+ Hotstar on July 24.

A story of love, of hope, and of endless memories. Celebrating our dearest, and the late #SushantSinghRajput ‘s legacy that will be etched in the minds of all and cherished forever. #DilBechara is going to be coming to EVERYONE on @DisneyPlusHotstar on July 24. For the love of Sushant and his love for cinema, the movie will be available to all subscribers and non-subscribers. #SushantSinghRajput @mukeshchhabracc @arrahman @swastikamukherjee13 @sahilvaid24 #SaswataChatterjee @shashankkhaitan @foxstarhindi @sonymusicindia @disneyplushotstarvip @suprotimsengupta @amitabhbhattacharyaofficial #SaifAliKhan

'Dil Bechara' has been directed by Mukesh Chhabra.