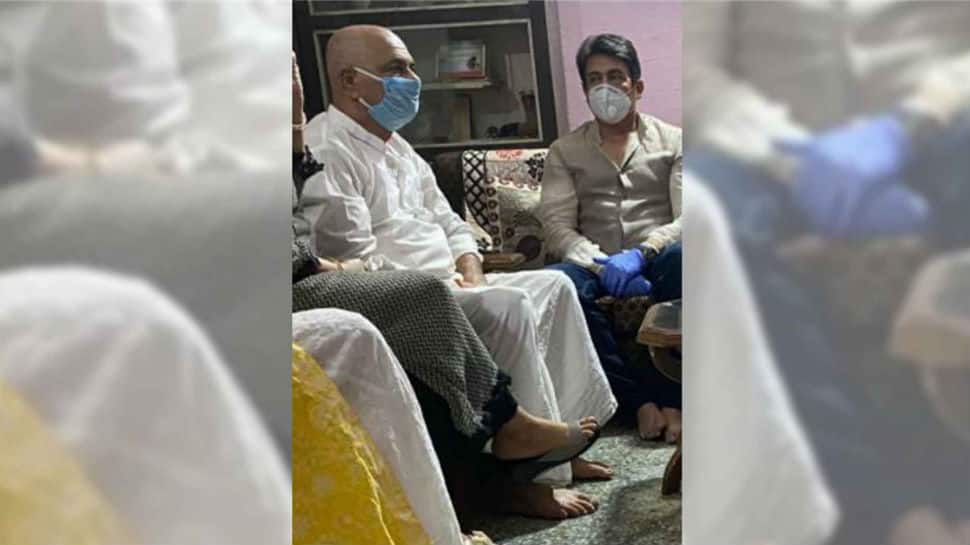 New Delhi: Veteran actor Shekhar Suman, who has demanded a CBI probe into Sushant Singh Rajput's death, visited the late actor's family at his home in Patna on Monday. He took to Twitter to inform everyone about his visit and wrote, "Met Sushant's father.. shared his grief. We sat together for a few minutes without exchanging a word.. He is still in a state of deep shock.. I feel the best way to express grief is through silence."

Met Sushant's father..shared his grief.we sat together for a few minutes without exchanging a word..He is still in a state of deep shock..I feel the best way to express grief is thru silence.#justiceforSushantforum #CBIEnquiryForSushant . pic.twitter.com/we0VL9w7PM

Shekhar Suman was accompanied by filmmaker Sandeep Ssingh, who was also a close friend of Sushant.

Before flying to Patna, which is also Shekhar Suman's hometown, the actor tweeted that he would visit Sushant's family and also meet Bihar Chief Minister Nitish Kumar to press upon a CBI probe into the versatile star's death.

Sushant died by suicide on June 14 in Mumbai. He was said to be under stress and depression for some months.

Shekhar Suman has also created a forum called #justiceforSushantforum demanding CBI probe into his death, even though the case is being investigated by Mumbai Police and post mortem has stated that Sushant died by suicide.

The final postmortem report of Sushant confirmed asphyxia due to hanging as the cause of death.

Abhishek Bachchan announces trailer launch of 'Breathe: Into The Shadows' via video!