Actress Taapsee Pannu, who was last seen in 'Game Over', was in the headlines when she was called out by Kangana Ranaut's sister Rangoli Chandel on social media and was called a 'sasti copy'. Rangoli's comment on Taapsee led to many industry people asking her not to comment in the same manner, including Taapsee's good friend Anurag Kashyap. 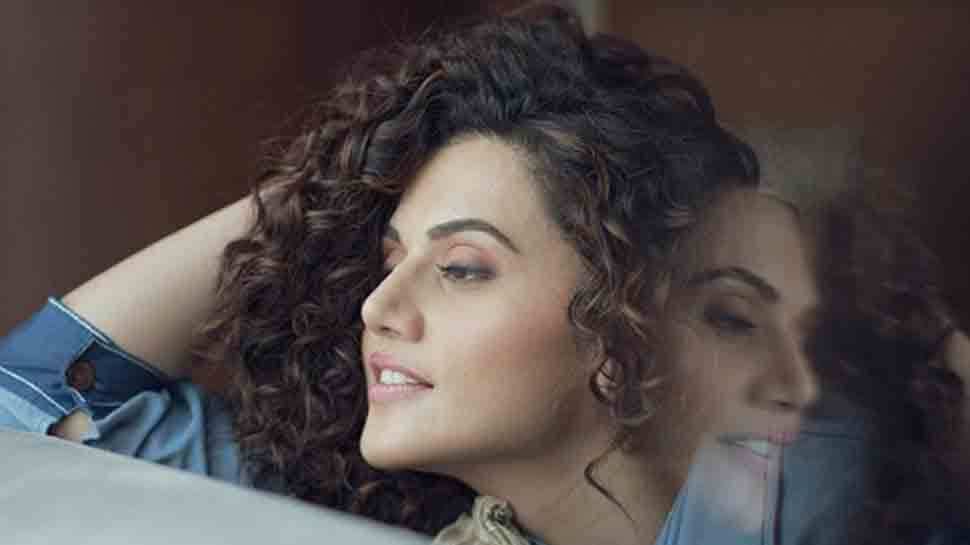 New Delhi: Actress Taapsee Pannu, who was last seen in 'Game Over', was in the headlines when she was called out by Kangana Ranaut's sister Rangoli Chandel on social media and was called a 'sasti copy'. Rangoli's comment on Taapsee led to many industry people asking her not to comment in the same manner, including Taapsee's good friend Anurag Kashyap.

This was followed by Rangoli further venting her anger against the 'Dev D' filmmaker on Twitter.

Now, in an interview to Mumbai Mirror, Taapsee opened up on the spat that took place between her and Kangana. She revealed that Rangoli took the 'sasti copy' jibe on her and many of her friends from the industry wanted to speak up against it; but she stopped them from doing so as she didn't want to escalate the matter.

Taapsee also added that she has put in a lot of struggle to reach where she is now and hence, 'no one can use the nepotism tag against her'.

"Not just Anurag, a few other close friends from the industry also wanted to retort, but I stopped them because I don't want to give her any mileage on my behalf. She can’t play the nepotism card with me because I’ve also struggled to reach where I am today. I didn’t want to engage in a word battle because I would not be able to match their language. I didn’t know there was a copyright on curly hair, which I was born with, and honest opinions. I’m not going to apologise for it. As far as being 'sasti' is concerned, Kangana claims to be the highest-paid actress, so I guess I am the 'sasti' version," she told the tabloid.

Taapsee also spoke about the incident when she mentioned during another interview that 'Kangana needs double filter', saying she never meant it in a derogatory manner. "It was said in a positive manner and wasn't derogatory. In fact, I have often said that Kangana is one actor that I look up to. It was weird to target me," she stated.

Earlier, Rangoli took a dig at Taapsee by calling her a 'sasti copy' of Kangana. However then, the 'Manmarziyaan' actress refused to react to Rangoli's comment saying, "I am not reacting to this. I am way too taken up with looking at the positive side of people, things in general and my own life. I genuinely have no time to spare for this."

Meanwhile, on the work front, she is gearing up for her big projects, 'Mission Mangal' and 'Saand Ki Aankh'.

While in 'Mission Mangal', she plays a scientist involved in ISRO's Mars Mission, in 'Saand Ki Aankh', she will be seen essaying the role of Prakashi Tomar, the oldest sharpshooters in the country.

Trailers of both films were released only recently and they managed to impress the audience, leaving them all excited.

'Saand Ki Aankh' is helmed by Tushar Hiranandani and produced by Anurag Kashyap, Reliance Entertainment and Nidhi Parmar. The film also stars Bhumi Pednekar and Prakash Jha in key roles. While 'Mission Mangal' will hit the screens on August 15, 'Saand Ki Aankh' will hit the theatres on October 25, 2019.