Well, make-up or no make-up, Bebo is a stunner in every sense of the word. 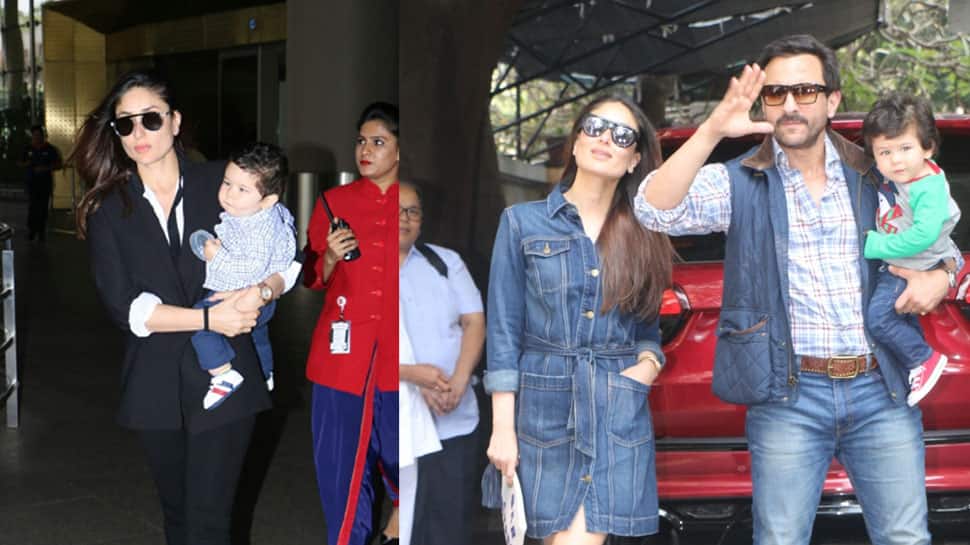 New Delhi: Saif Ali Khan and Kareena Kapoor Khan's little munchkin Taimur Ali Khan is a headline maker. He is by far the most favourite star kid on social media. Paps dote on him, internet users adore him and his pictures can make your day all bright and happy!

Yes! We can't really do without our daily dose of Taimur. Such is the power of his cuteness. While Kareena is busy with her projects and endorsements, Saif is currently shooting for his much-acclaimed web-series 'Sacred Games 2' where he is donning a turban and plays a Sikh.

So, does Taimur find it any different when daddy cool puts on his makeup?

Pinkvilla.com quoted Saif Ali Khan as opening up about his son in an interview with a magazine. He said, “It doesn't seem to bother him. He also came to set when I was playing a Naga sadhu for Navdeep Singh and I had the dreadlocks and the beard... but nothing.”

Adding more, he said, “I think he doesn't like to see his mother wearing make up, but he doesn't seem to care so much in my case.”

Aww! Well, make-up or no make-up, Bebo is a stunner in every sense of the word.

Priyanka Chopra gets her maiden wax statue at Madame Tussauds—Video