This childhood picture of Sara Ali Khan with her dad Saif Ali Khan is the cutest thing on internet today! 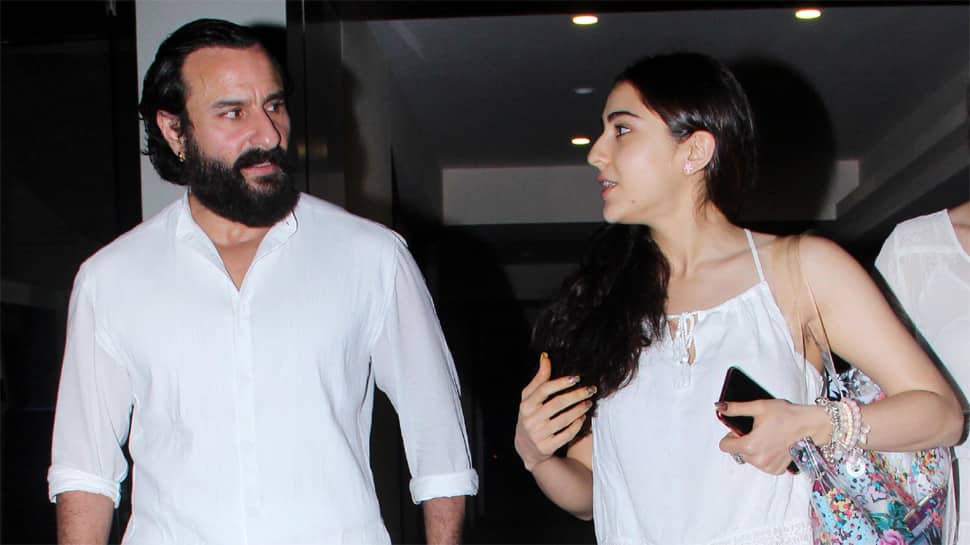 New Delhi: Saif Ali Khan and Amrita Singh's daughter Sara Ali Khan is in limelight these days. Be it her impressive performance in her debut film 'Kedarnath' or her endearing instagram posts, Sara's fans can never get enough of her.

The actress has a huge fan following and her pics and videos often go viral.

Yet another picture of Sara has caught netizens' attention and this one is the cutest thing on the internet today! The pic is of Sara's childhood in which she can be seen striking a pose with daddy Saif's. The father-daughter duo looks endearing in the click.

Buzz is strong that the father-daughter duo will share screen space in 'Love Aaj Kal' 2.

According to a DNA report, maverick filmmaker Imtiaz Ali is planning to go ahead with a sequel to his 2009 superhit 'Love Aaj Kal' with Sara and Kartik Aaryan in the lead roles. And Saif Ali Khan will be seen playing Sara's on-screen daddy.

Imagine how much fun it will be to watch the real-life father-daughter jodi on the silver screens?

The report further states that much like Rishi Kapoor's role in the original, Saif too will play an integral part in the sequel. The film will roll in mid-2019.