This pic of Amitabh Bachchan and Shah Rukh Khan calls for a freeze frame!

Reports are that the two actors have recently shot for a song for 'Badla', which releases on March 8. 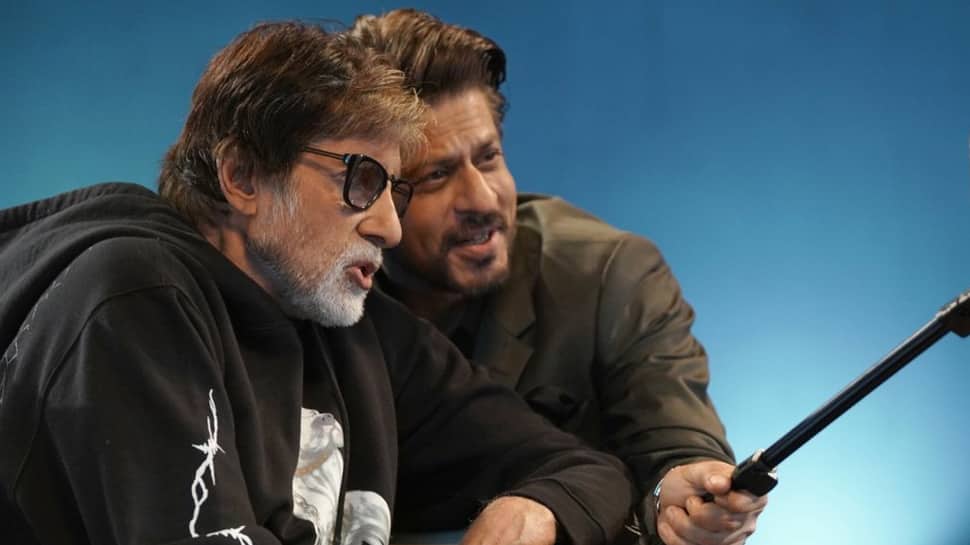 New Delhi: Megastar Amitabh Bachchan and the 'Badshaah' of Bollywood Shah Rukh Khan have teamed up for a project after a long time. Bachchan senior took to Twitter and shared a picture with his 'producer' SRK and the caption will make you excited!

While Big B didn't divulge any other details, reports are that the two actors have recently shot for a song for 'Badla', which releases on March 8. The film is produced by SRK's Red Chillies Entertainment and stars Big B and Taapsee Pannu in lead roles. Hence, Bachchan senior could be talking about the same song shoot in his tweet.

Coming to 'Badla', the film reunites Taapsee and Big B after 'Pink' and is a murder mystery. The film's trailer was unveiled a couple of days back and created quite a buzz. The makers also released the first song, 'Kyun Rabba' which has received admiration.

The film is the remake of the 2016 Spanish thriller film 'Contratiempo' and marks Big B and Taapsee's second film together after 'Pink'.

Being judged is part of being a public figure: Diana Penty