Suhana Khan and Shanaya Kapoor, as little girls, are almost unrecognisable in the photo posted by Maheep Kapoor with the caption, "Squad." 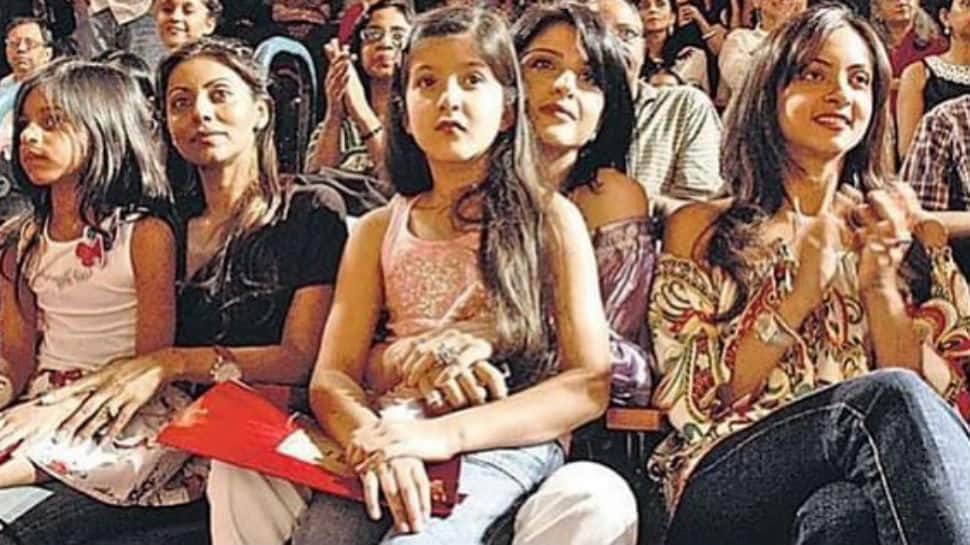 New Delhi: Little Suhana Khan and her best friend Shanaya Kapoor featured in a throwback photo posted by Maheep Kapoor on Tuesday. Maheep is actor Sanjay Kapoor's wife and Shanaya is their daughter.

In the photo, Suhana, daughter of Shah Rukh Khan and Gauri, can be seen sitting on her mother's lap and Shanaya on Maheep's lap. Seema Khan, wife of Sohail Khan, also features in the old picture and they appear to be watching seated during an event.

"Squad," Maheep captioned the photo. Suhana and Shanaya, as little girls, are almost unrecognisable in it.

The trio - Suhana, Shanaya and Ananya - have been friends since childhood. When in Mumbai, the BFFs are often spotted hanging out together.

Suhana too aspires to be an actress, SRK revealed earlier. She recently graduated from Ardingly College in London. Meanwhile, Shanaya also stepped in Bollywood but not as an actress. She is working as an assistant director for her cousin Janhvi's film.

Kriti Sanon turns the prettiest bride for magazine shoot—Pics inside