Randeep Hooda discussed the endangered Gangetic dolphins with UP chief minister Yogi Adityanath, who shared that the issue remains a top priority for him. Urvashi Rautela mentioned she was excited to meet the UP CM, sharing that she hails from the same place as him. 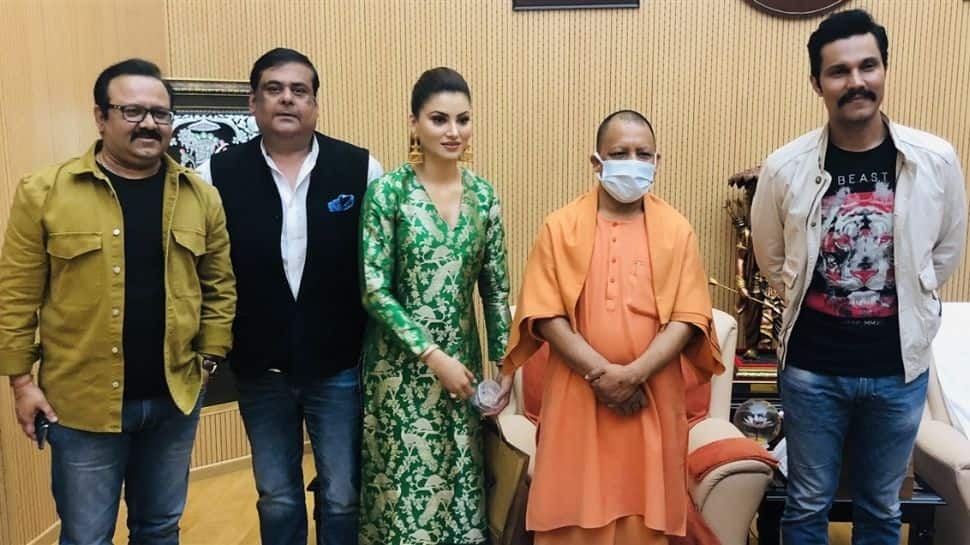 The stars are currently shooting the web series 'Inspector Avinash', based on a true story set in the state.

During the meeting, Chief Minister Yogi Adityanath assured his support to the visiting celebrities for a hassle-free shoot in Uttar Pradesh.

Randeep discussed the endangered Gangetic dolphins with the chief minister, who shared that the issue remains a top priority for him. Urvashi mentioned she was excited to meet Chief Minister Yogi Adityanath, sharing that she hails from the same place as him.

The proposed film city project in Greater Noida was also discussed during the hour-long interaction that was attended by Additional Chief Secretary, Information, Navneet Sehgal, too, along with the web series director Neerraj Pathak and producer Rahul Mittra.

'Inspector Avinash' marks Randeep's debut in the OTT space, and casts him as real-life police officer Avinash Mishra. Randeep's police avatar will see him in action in a dramatic retelling of the life of the famed cop, as he busts several high-profile cases of crime in the state. Urvashi will be seen as Avinash Mishra's wife Poonam.

‘I am left alone in this house’, laments Randhir Kapoor on brother Rajiv Kapoor’s death