Urvashi leaves little to the imagination as she flaunts her curvaceous body in her latest photoshoot, that has been liked over 5.13 times.

New Delhi: 'Hate Story IV' actress Urvashi Rautela is a stunner. The model-turned-actress surely knows how to be at the top of her social media game and sets the internet on fire with her bold and sultry pictures every now and then.

Keeping her fans glued to her Instagram, the actress shared another fresh set of pictures from her latest photoshoot. The monochrome pictures show the actress flaunting her curvaceous body and sensuous look, thus leaving her fans swooning over her.

In the picture, the bombshell is seen flaunting her oomph factor in a white shirt which she wore over a dark-coloured tee. She accessorised her look with a stylish printed headband and metallic jewelleries. Looking every bit mesmerizing, Urvashi captioned the picture as, "picking lemons, breaking hearts." The post has so far been liked over 5.13 lakh times.

Take a look at her photos below:

Interestingly, some of her followers complimented her for bearing an uncanny resemblance to veteran actress Rekha from her film 'Khoon Bhari Maang' in the photos. "In this picture u remind everyone of the legend #rekhaji especially...in the film #khoonbharimaang," wrote one. "Amazing look like as Rekha," another follower wrote. 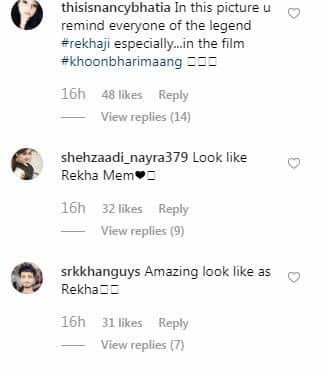 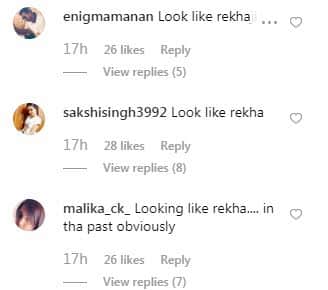 On the work front, Urvashi will next be seen in 'Pagalpanti' which stars John Abraham, Anil Kapoor, Arshad Warsi and Ileana D'Cruz to name a few. The film is set for a 2019 release. She was last seen in 'Hate Story 4' opposite Karan Wahi and Vivan Bhatena.

Miss Universe 2015, Urvashi has been in the news of late for accusing her ex-PR manager of maligning her image. The was also rumoured of being in a relationship with Guru Randhawa which she rubbished during a chat show.