Virat and Anushka were recently clicked at the airport and were all smiles as the paps went crazy clicking them.

New Delhi: Bollywood's power couple Anushka Sharma and Virat Kohli grab eyeballs whenever they step out in public. The duo was recently clicked at the airport and were all smiles as the paps went crazy clicking them.

Virat looked dapper in a black shirt and harem pants while his lady love Anushka looked ultra chic in a denim jacket, black tee and white ripped jeans. Both are off to an undisclosed location and we can't help but wonder where they are headed to this time! 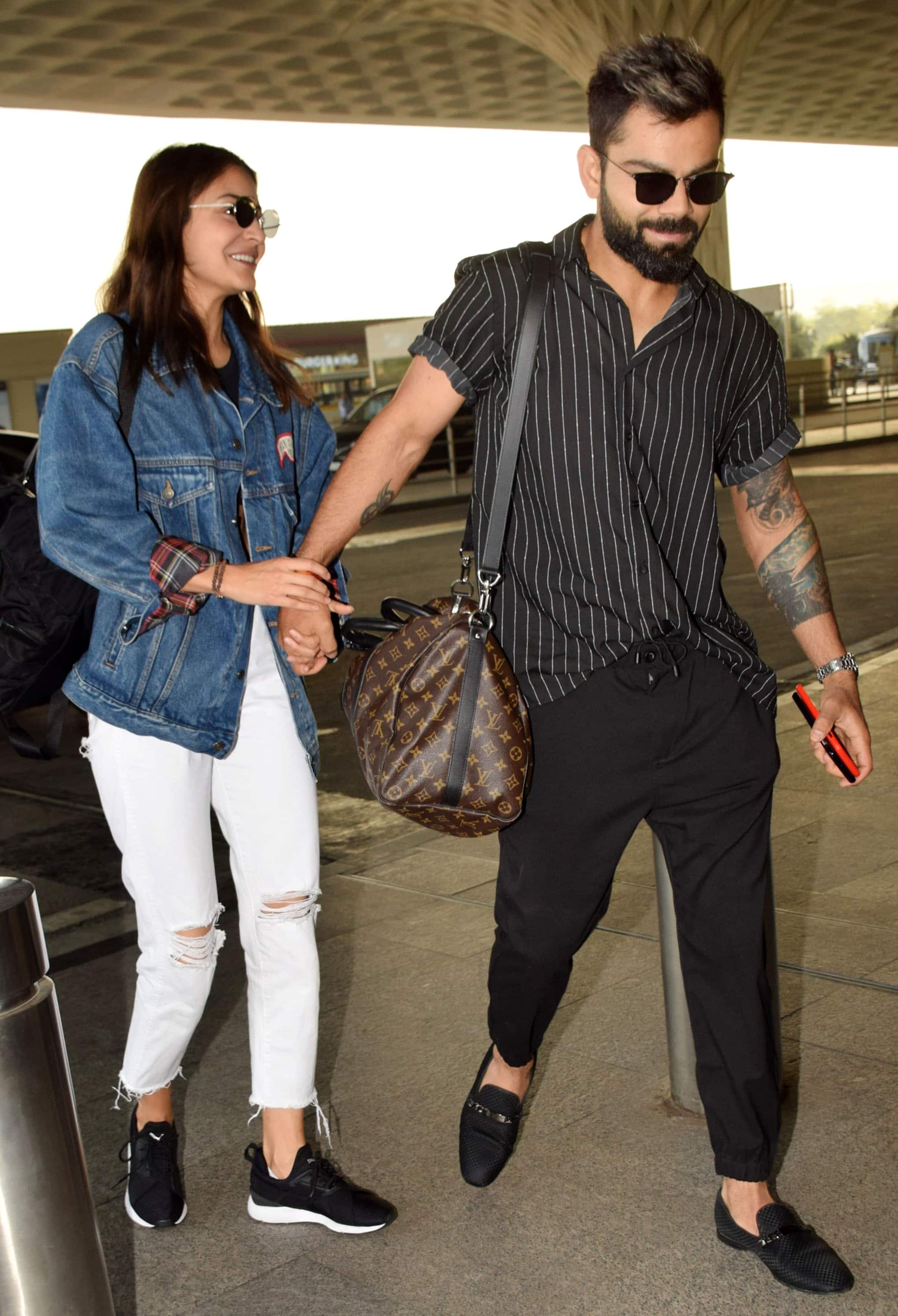 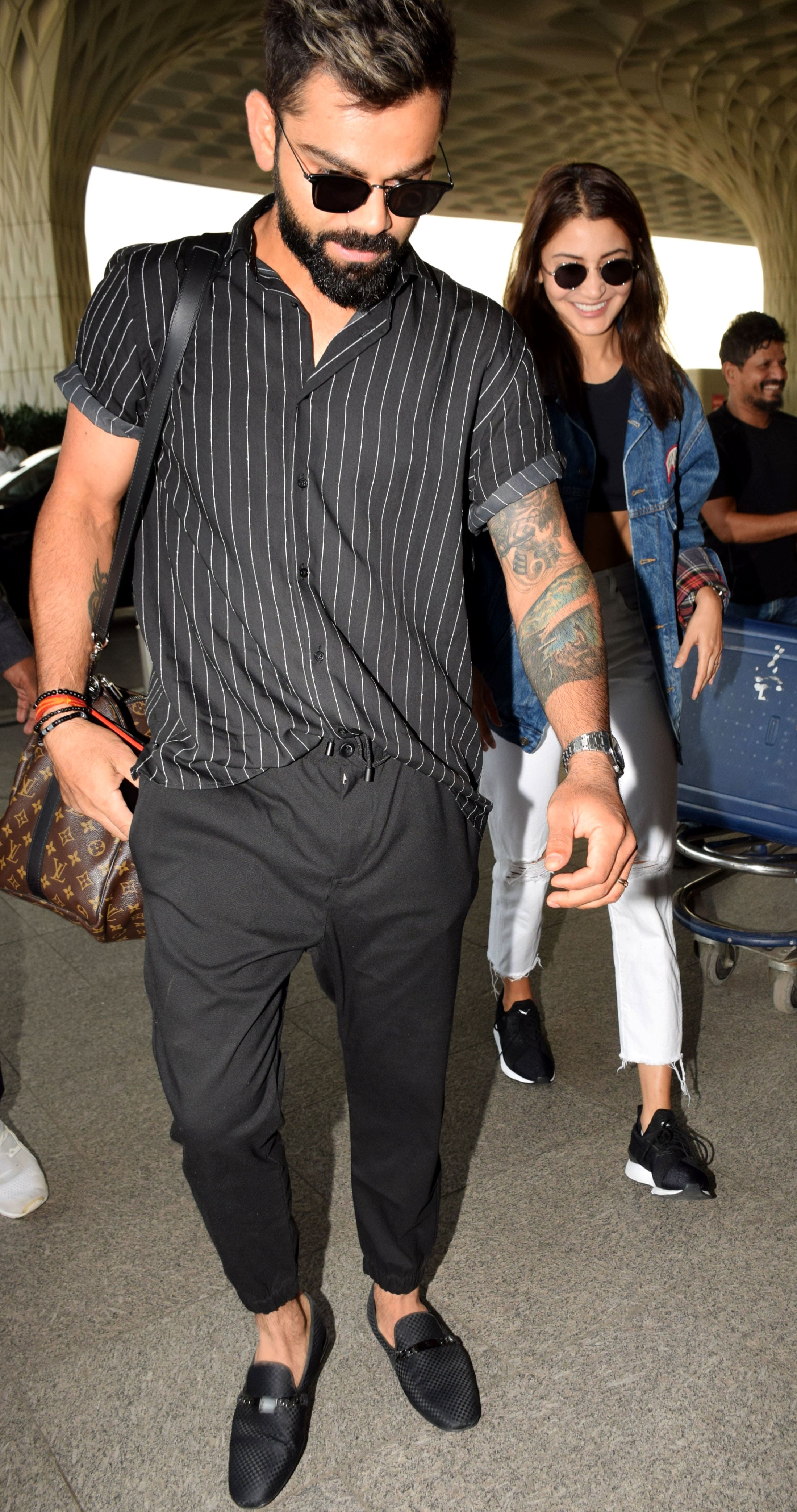 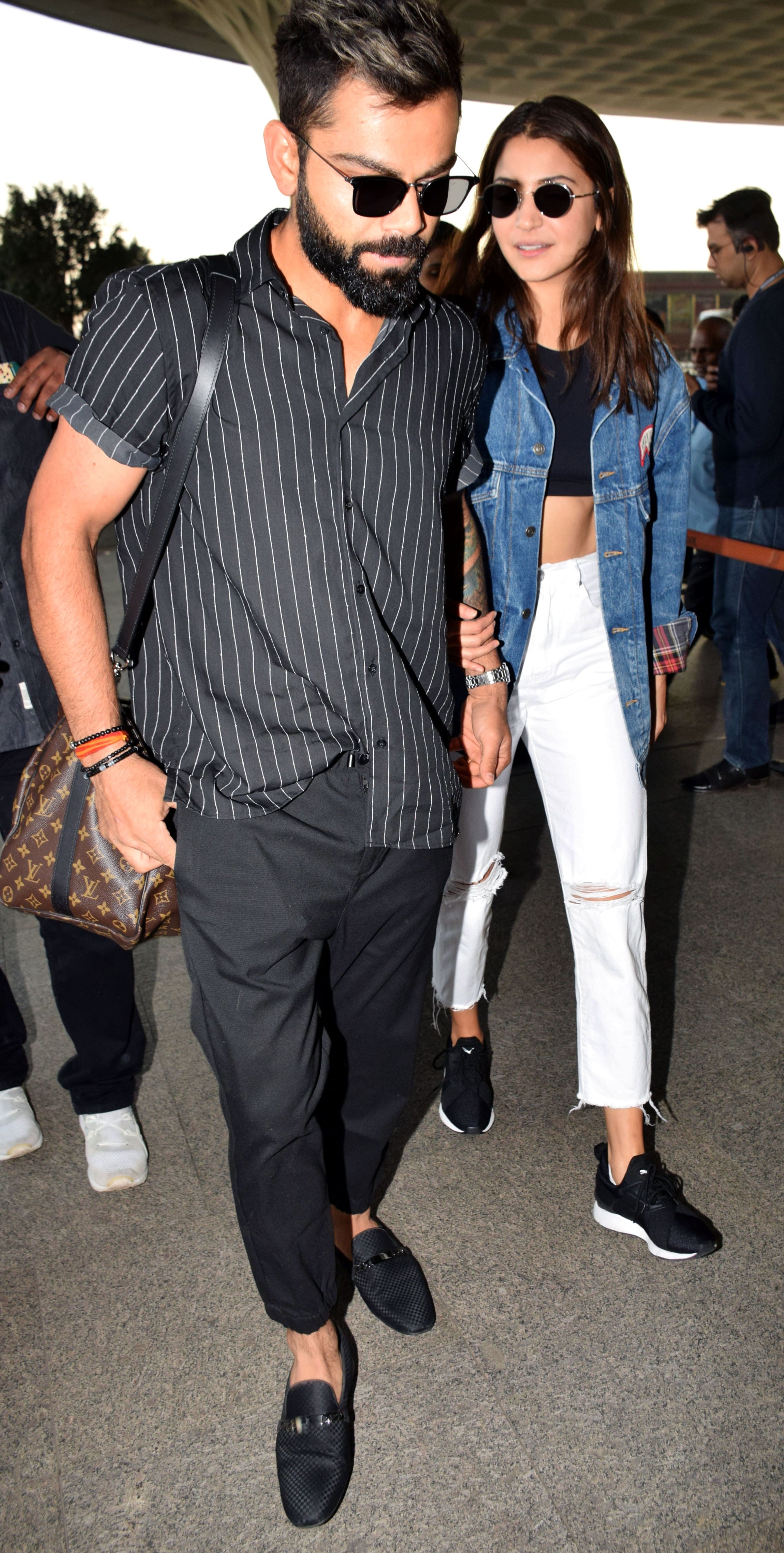 'Virushka' got married at Tuscany, Italy in December 2017. The couple's wedding was a hush-hush affair and was attended by close friends and family. Both Virat and Anushka announced their wedding on Twitter along with sharing their first pictures as man and wife.

The couple looked straight out of the pages of a fairytale book in their wedding pics and the internet was flooded with their pictures and videos almost the entire December.

It was after Anushka and Virat's Italy wedding that resulted in a wedding Boom in Bollywood. Shortly after them, Sonam Kapoor Ahuja married beau Anand Ahuja followed by Neha Dhupia and Angad Bedi. Actors Deepika Padukone and Ranveer Singh too joined the newly-wedded clan in November 2018. The latest couple to have tied the knot is Priyanka Chopra and Nick Jonas who took wedding vows in December 2018.