Sushant Singh Rajput's sudden death by suicide on June 14 has sent shockwaves across the country. He was said to be under stress and depression. 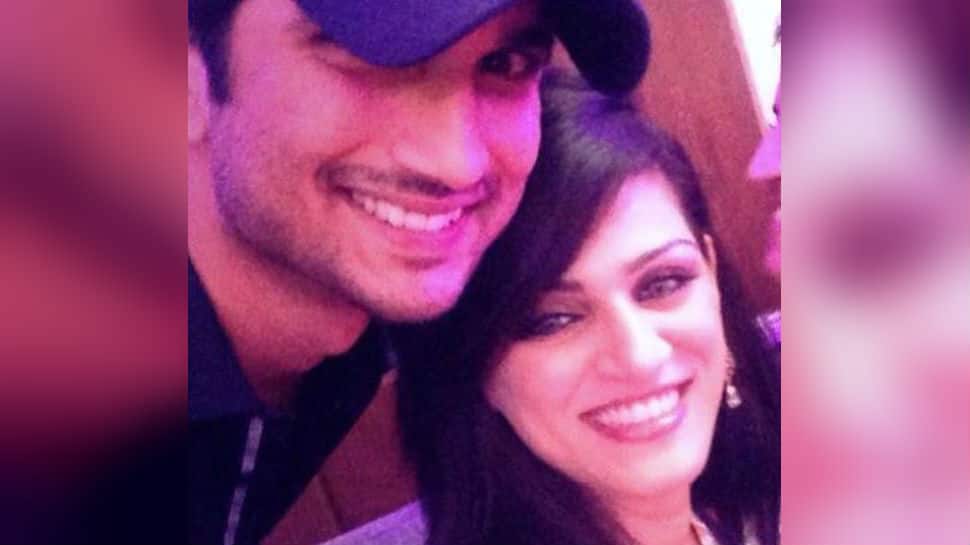 New Delhi: When most of Sushant Singh Rajput's fans, friends and colleagues have demanded a Central Bureau of Investigation (CBI) probe into his death, the actor's family hasn't spoken about it yet. Recently, his sister Shweta Singh Kirti revealed why the family has not yet demanded a CBI inquiry. In her reply to a fan of Sushant who urged her to ask for a CBI probe to "fight for truth" and "fight for your brother", Shweta said that they are waiting for the Mumbai Police to finish the investigation.

"We were waiting for Mumbai Police to finish the investigation and come up with their reports," read Shweta's reply to the fan. 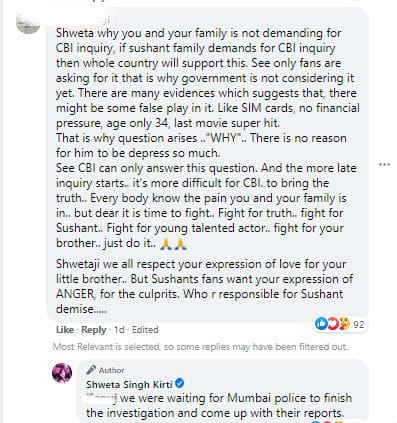 Sushant's sudden death by suicide on June 14 has sent shockwaves across the country. He was said to be under stress and depression.

Mumbai Police is currently investigating Sushant's death case. As of now, 39 people have been interrogated by the cops. Dharma Productions CEO Apoorva Mehta recorded his statement on Tuesday and yesterday, filmmaker Mahesh Bhatt was called for questioning.

The final postmortem report confirmed that Sushant died by asphyxia due to hanging, adding that no foul play was found in the case. However, his fans are demanding a CBI probe into his death to ensure a fair investigation.