Television and film veteran Farida Jalal, who will soon be seen in the upcoming web series "Parchayee: Ghost Stories by Ruskin Bond", says there aren't many roles written for older actresses in the Indian entertainment scenario. 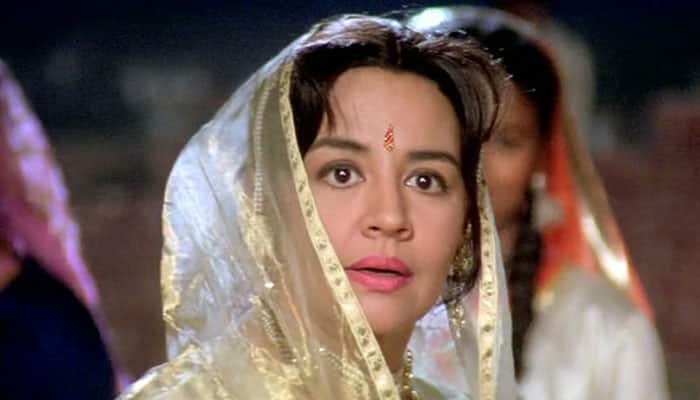 Mumbai: Television and film veteran Farida Jalal, who will soon be seen in the upcoming web series "Parchayee: Ghost Stories by Ruskin Bond", says there aren't many roles written for older actresses in the Indian entertainment scenario.

On her desire to explore versatility as an actress, Farida, 69, told IANS here: "People really do not write roles for women of our age. Those are really few and far between. Women of our age are only offered the roles of a mother. As an actor, how much variety can I bring to the table if the character is not written with more elements?"

The actress has regaled audiences for years in films like "Dilwale Dulhania Le Jayenge", "Raja Hindustani", "Dil To Pagal Hai" and "Kuch Kuch Hota Hai", to name a few.

She said: "Of course, the mother of 'Dilwale...' is different from 'Kuch Kuch...', but at the end of the day, I am playing a mother. Yes, people are saying that more meaty roles are being written for women these days in our films, and that is possibly true for young actresses.

"But for us, not that the scene has changed greatly. So I would really appreciate it if young writers write characters for women of our age, because this phase of our life is no less interesting... There is a lot that can be explored."

Asked about the kind of roles she wants to work on, she said: "I want to play an out-and-out negative character. That will be a challenging thing for me to work on as a performer. Whenever I say this, filmmakers say that the audience will never relate to me as a dark character because I am a pretty looking woman and such a role does not go with my image.

The show "Parchayee: Ghost Stories by Ruskin Bond" is based on the writer's ghost stories. The first four episodes will be based on four stories -- "Wind on Haunted Hill", "The Ghost in the Garden", "Wilson's Bridge" and "The Overcoat".

Giving an insight into her character in the show, she said: "I am playing a grandmother of a little boy who has a curious mind and keeps asking questions on the existence of ghosts. The grandmother tries to avoid answers to those questions as he is too young to understand things."

Has she ever experienced ghosts?

"No, never! I think I am really well protected by my Allah. I have heard of spooky places and I have visited some of them, but honestly I did not feel scared ever. That is why at times I make fun of people who get scared," the actress replied with a laugh.

The show will premiere on the OTT platform ZEE5 from Tuesday.

According to the actress, the digital world has led creative people do a marvelous job in terms of storytelling.

"I see that many interesting subjects are being explored on digital platforms. In fact, in our show, we have worked on stories that are written by a celebrated writer like Ruskin Bond and directed by a National Award-winning filmmaker -- we already know how interesting it is going to be.

"I am glad the way more stories are being celebrated on digital platforms," said Farida, who has also acted in films like "Paras", "Henna" and "Mammo".