These scamsters can carry out transactions through any mobile banking app or other modes of digital payments, UPIs or wallets.

New Delhi: Lately, several people have complained that the money from their bank account were wiped out by scamsters after they downloaded a fake app called AnyDesk.

Fraudsters use this app to trick users into downloading it first and use Unified Payment Interface (UPI) route to siphon off money from their account.

The scamsters then get hold of a nine-digit code generated on the user's mobile device through remote access. Once the nine-digit code is acccessed by the fraudsters, they will ask users for certain permissions that apps generally ask before installation. 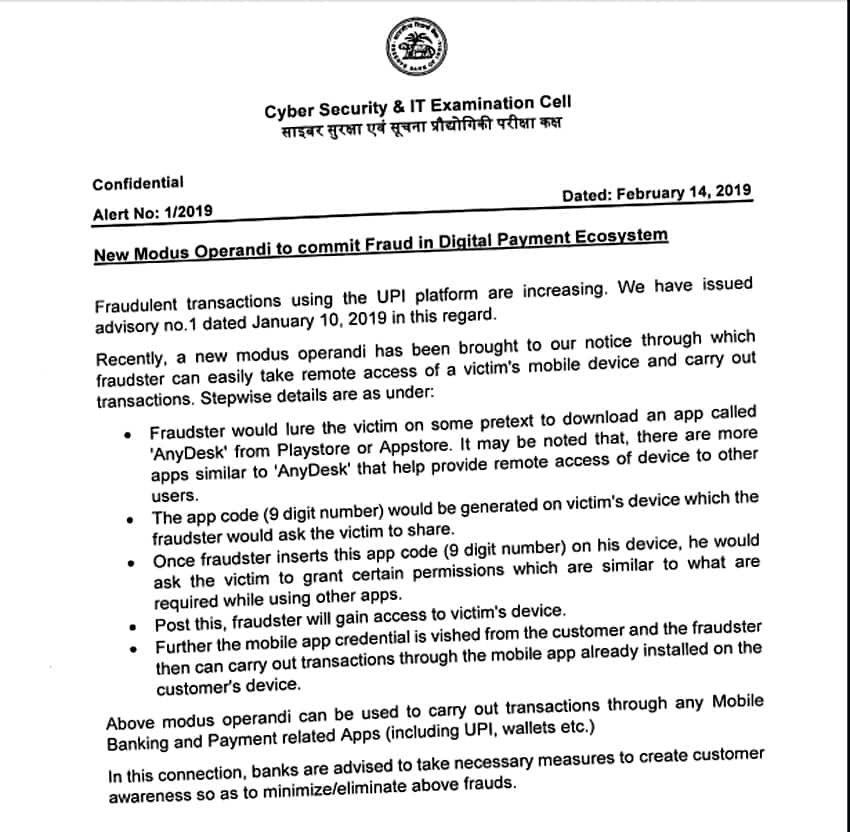 These scamsters can carry out transactions through any mobile banking app or other modes of digital payments, UPIs or wallets.

There has been a massive surge in customer grievances lately relating to unauthorised transactions resulting in debits to their accounts or cards. Fraudsters use various methods to dupe the people. One such modus operandi that was widely used by fraudsters that they stole the ATM pins and other data by fitting skimming devices and preparing clones of the ATM cards (though not verified independently).

Some fraudsters also duped the customers by SIM swap method, in which they will get hold of a blank SIM card and trick the users to swap their SIM. By using the new SIM card, they would generate OTP and carry out transactions.