Punjab Police Sub Inspector Harjeeet Singh, whose hand was chopped off in a brutal attack by a Nihang Sikh for being stopped at a barricade during the coronavirus lockdown, reached his home in Patiala after a successful surgery. According to reports, Singh was discharged from PGIMER in Chandigarh this morning. 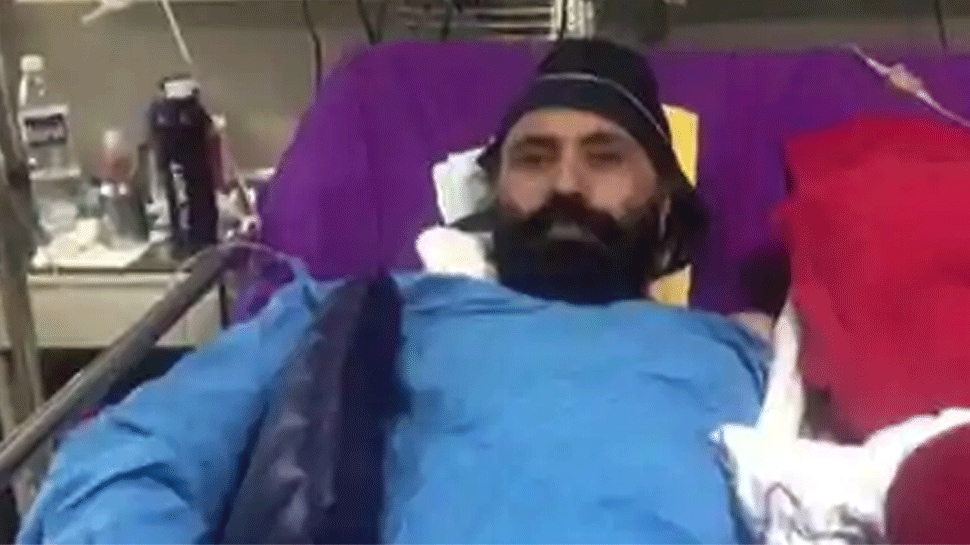 CHANDIGARH: Punjab Police Sub Inspector Harjeeet Singh, whose hand was chopped off by a Nihang Sikh in a brutal attack for being stopped at a barricade during the coronavirus lockdown, reached his home in Patiala on Thursday days after he underwent successful surgery.

According to reports, Singh was discharged from the Postgraduate Institute of Medical Education and Research (PGIMER) in Chandigarh this morning. His hand was chopped off by a Nihang Sikh (and later replanted) fighting off an attack, while enforcing curfew at Patiala Sabzi Mandi on April 12.

Singh’s hand was reattached by the doctors at Chandigarh's PGI hospital after a grueling seven-and-a-half hour surgery the same day. After the surgery, Singh stayed at the hospital for nearly two weeks for recovery.

"Happy to share that SI Harjeet Singh has been discharged from PGI, Chandigarh today. I thank doctors, nurses, paramedics and all the staff of PGI for taking good care of him," the Chief Minister tweeted.

CM Amarinder Singh had shred a video two days back in which Harjeet Singh can be seen smiling ear to ear. The video also showed him moving his fingers. "It has been 2 weeks since SI Harjeet Singh's hand was operated upon in PGI. I am extremely happy to share that he is recovering well & that his hand has started to regain movement. Sharing this video of braveheart Harjeet Singh with you all," CM Amarinder Singh said in a social media post.

The incident, which took place on April 12, had shocked everyone. In a video of the incident shared widely on the internet, Harjeet Singh could be seen approaching Nihang Sikhs who were trying to drive past the police picket in an SUV. As Harjeet Singh approached a vehicle, a Nihang Sikh can be seen swinging a sword in the air, slashing the cop's hand.

Even as Harjeet Singh fell on the ground, he got up moments later. Another bystander gave him his severed hand which had fell off at a distance. He is then taken away from the scene on a two-wheeler.

Singh was immediately rushed to Rajindra Hospital nearby and then referred to PGIMER in Chandigarh where his hand was reattached. Two other policemen were also injured in the attack that took place at a vegetable market in Patiala at around 6.15 am.

Seven people, including five attackers, were arrested hours later after an exchange of fire at a gurdwara. Punjab government later promoted Harjeet Singh from the post of assistant sub-inspector to sub-inspector for showing exemplary courage and restraint in a stressful situation.