'Baahubali' star Ramya Krishnan is '50 and fabulous'. See pic from her birthday celebration with family

Ramya Krishnan turned 50 today and celebrated her day with family. 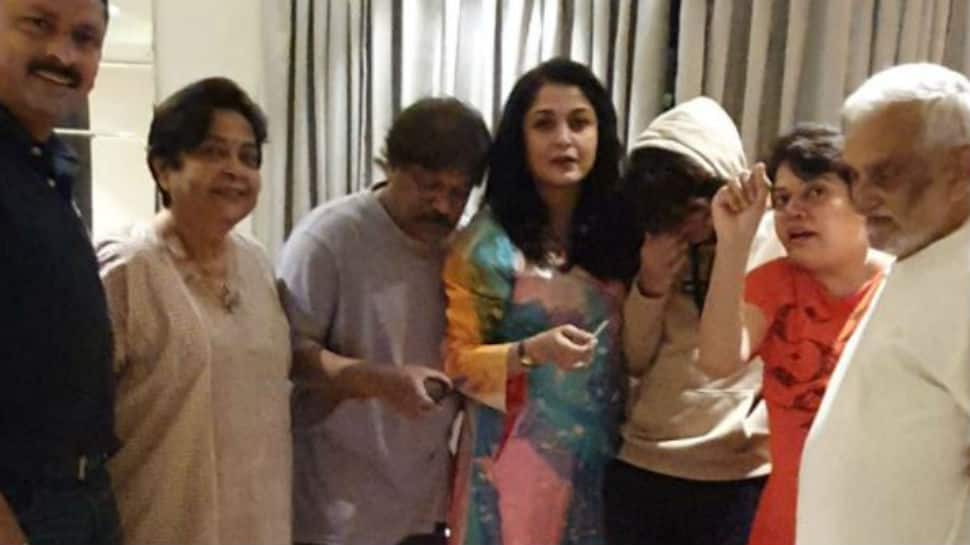 New Delhi: Actress Ramya Krishnan has treated her fans to a special picture from her 50th birthday celebrations with family. "Fifty and fabulous and what better than a famjam to bring it on! #familylove #birthday #thankyougod #blessed," she captioned he post on social media. The picture features Ramya posing with her family members with a cake placed on a table.

Take a look at the photo here.

Fifty and fabulous n what better than a FAMJAM to bring it on!!!! #Familylove #birthday #thankyougod pic.twitter.com/aaMalghhp6

Ramya Krishnan has featured in several hit films in all the languages. As of now, she is best known for playing the role of Sivagami in SS Rajamouli's 'Baahubali'. She was recently seen as politician J Jayalalithaa in the web series 'Queen'.

Meanwhile, some months ago, Ramya, who has worked in Hindi films such as 'Khal Nayak', 'Criminal', 'Shapath' and 'Bade Miyan Chhote Miyan', revealed why she took a break from Bollywood despite working in huge projects.

"I didn't take a break. Basically, my films didn't do well and I didn't take any interest in the offers (that were coming her way). Meanwhile, I was doing very well for myself in South Indian films," Ramya told news agency IANS.

Malayalam actor Prabeesh Chakkalakkal dies at 44 after collapsing on set