'Oh Baby' team excited about the release of the film

Actress Samantha Akkineni's 'Oh Baby' is all set to be released on July 5 and the entire film unit is pretty much excited to be part of the film. 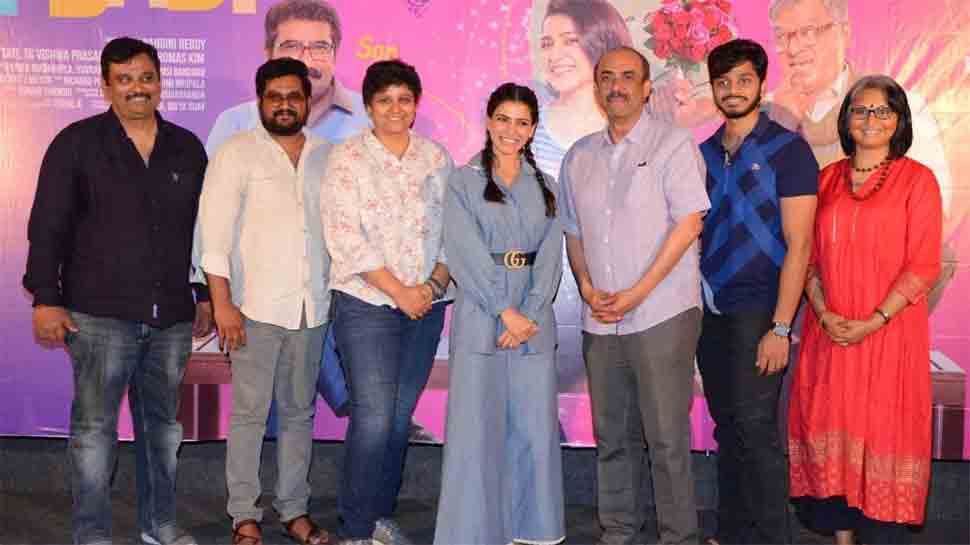 Actress Samantha Akkineni's 'Oh Baby' is all set to be released on July 5 and the entire film unit is pretty much excited to be part of the film.

Directed by Nandini Reddy, the film is an official remake of Korean Drama 'Miss Granny'.  It is jointly produced by Sunitha Thathi and Suresh Babu Daggubati under Guru Pictures and Suresh Productions.

On Thursday, during a press meeting, Samantha shared her excitement for the film, saying, "'Super Deluxe' and 'Majili' are two hits which I bagged in the first half of this year. I am really happy about it. The second half of this year begins with 'Oh Baby' and this film means a lot to me. I loved playing Swathi and I hope the audience will like the film."

Producer Sunitha Thathi shared that she met Samantha during a flight journey in 2017 when she asked her to be a part of the film. "Sam said that it is not possible in 2017, but said she would definitely do it. Finally, she did it," Sunitha said.

Director Nandini Reddy said, "I meet the press once in three years and I think I should make it regularly now. 'Oh Baby' has come out really well and I thank Samantha and producer Sunitha Thathi for giving me the opportunity to direct the film. I'm happy to be part of this film which is like a fun ride filled with emotions."