Music is by Raghu Kunche, while cinematography is by Shekar Ganganamoni. 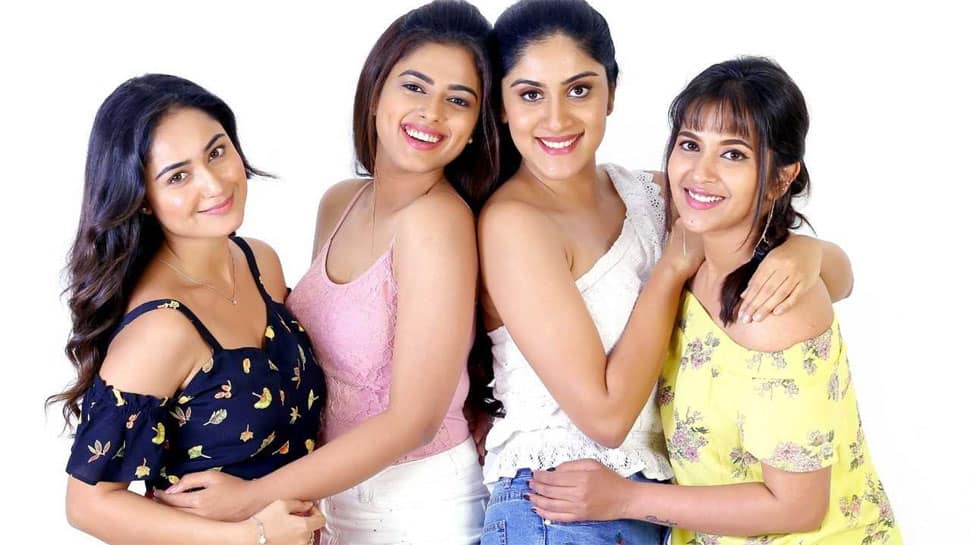 Seldom do we see actresses playing lead roles in the film unless the movies happen to be out-and-out female-centric. Breaking the stereotypes, four actresses come together for a rom-com entertainer. Popular production house Black And White Pictures announced No 1. Production which is written and will be directed by Baalu. This film will tell the story of four free-spirited, metropolitan girls, their life and the sudden situations they will be facing.

The makers announced the lead star cast which comprises Tridha Chowdary, Dhanya Balakrishna, Siddhi Idnani and Komali Prasad. Tridha Chowdhary has already been part of a couple of films and the actor is pretty popular for her commercial ads and daily soaps. Dhanya is definitely not a new face as she has acted in many short films and blockbuster hits too.

The actresses will be seen playing young and lively characters in a story full of humour and twists. The rom-com will be shot from today.  In February, the second schedule will happen in Goa. The makers are planning to release the film in the month of May.

Music is by Raghu Kunche, while cinematography is by Shekar Ganganamoni.

Lyrics are by Bhaskar Bhatla and Lakshmi Bhupal. Editing is by Nageshwar Reddy. Executive Producer of the film is Vikky Rollercoaster, while line producer is Sai Kumar Palakoori. Radhika Srinivasan Vetsha and Uma Kuchipudi are the co-producers.

Hima Bindu Velagapudi is the producer of this rom-com.

Will 'Baahubali' Prabhas get married in 2019?