The actor will be seen playing a professional biker in the film. 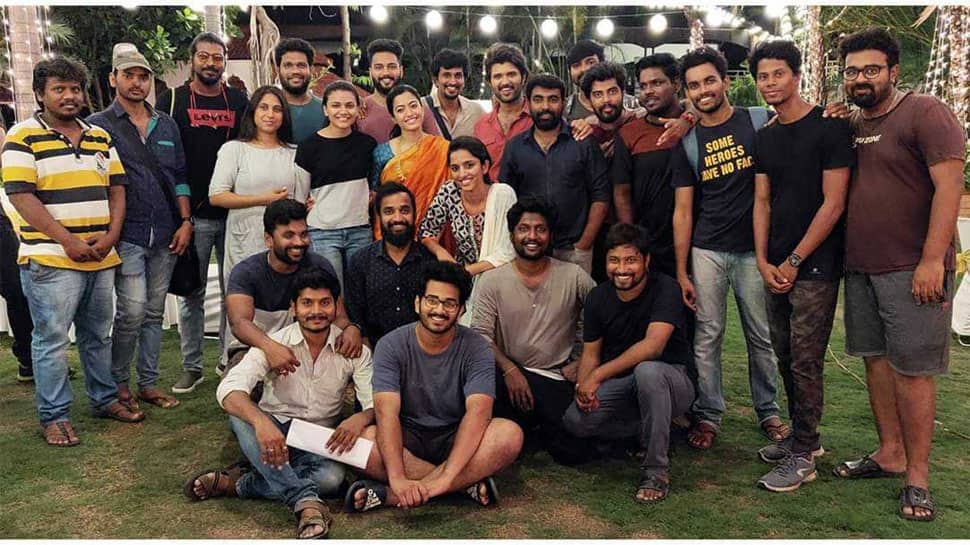 Reports claim that actor Vijay Deverakonda is likely going to team up with director Hanu Raghavapudi for a film and if the news is true, then the actor adds up one more film to his kitty. Touted to be a romantic entertainer, the project will reportedly be produced by Vyjayanthi Movies. Discussions about this project are currently on and it is expected that the official announcement will be made soon. Hanu has made films like Padi Padi Leche Manasu, Andala Rakshasi, Krishna Gadi Veera Prema Gaadha and Lie.

As of now, the heartthrob Vijay Deverakonda is shooting for Kranthi Madhav’s film and is in Paris for it. It is said that a month-long schedule is going to take place there. This film has four heroines- Raashi Khanna, Aishwarya Rajesh, Catherine Tresa and Izabelle. In this film, Vijay will be seen playing a Singareni Colony employee.

Well, his upcoming film Dear Comrade, which has been in news since a long time, is all set to release on July 26. Looks like this actor is pretty much into signing spree now. He also has 'Hero' in the kitty and it will go on floors in July. 'Hero' is directed by debutant Anand Annamalai which went on to the floors recently. Tipped to be a big-budget film, the film has been produced by Mythri Movie Makers, who are the producers of ‘Dear Comrade’ too. The actor will be seen playing a professional biker in the film.