Affleck had his arms wrapped around the actress for the majority of the walk before giving her a kiss - while both sported face masks. 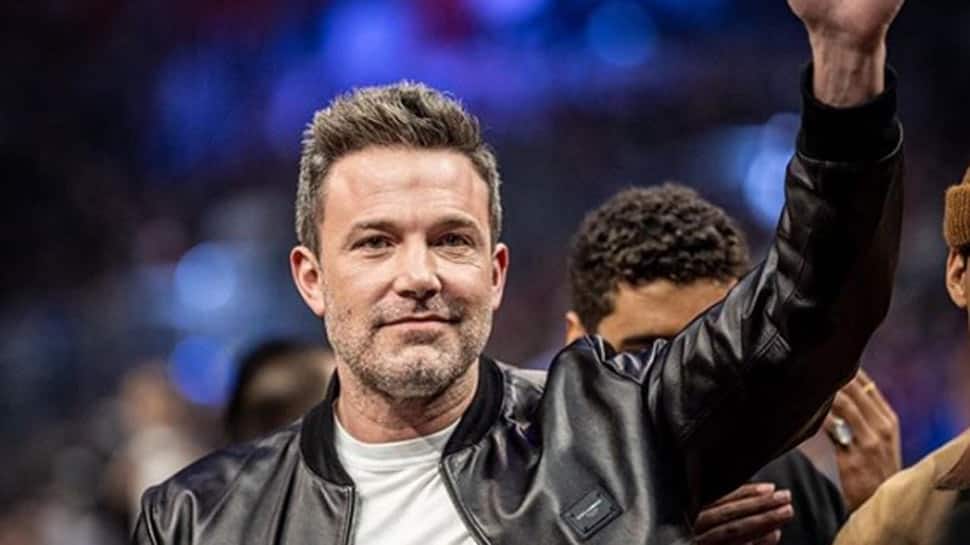 Los Angeles: Hollywood star Ben Affleck was spotted giving his girlfriend Ana de Armas a kiss while they both had face masks on.

The actors, who first met in November 2019 on the set of their film "Deep River", went public with their romance last month after they were seen on a barefoot beach stroll during their trip to Cuba together.

On Thursday, Affleck and de Armas looked like they were in love as they walked their dogs in the Los Angeles neighbourhood of Venice, reports dailymail.co.uk.

Affleck had his arms wrapped around the actress for the majority of the walk before giving her a kiss - while both sported face masks.

For the outing, he wore jeans with a T-shirt and a face mask while he held the leash of a black and brown dog.

de Armas flaunted her legs in a black long-sleeved dress that had a fabric belt. She teamed it up with white sneakers and a gold ring.

The actress wore her hair loose with a make-up free face and sported a face mask as well.

She held on to the leash of her Maltese pup as they walked through a neighbourhood together.

Kristen Stewart's girlfriend posts a mushy pic of the couple