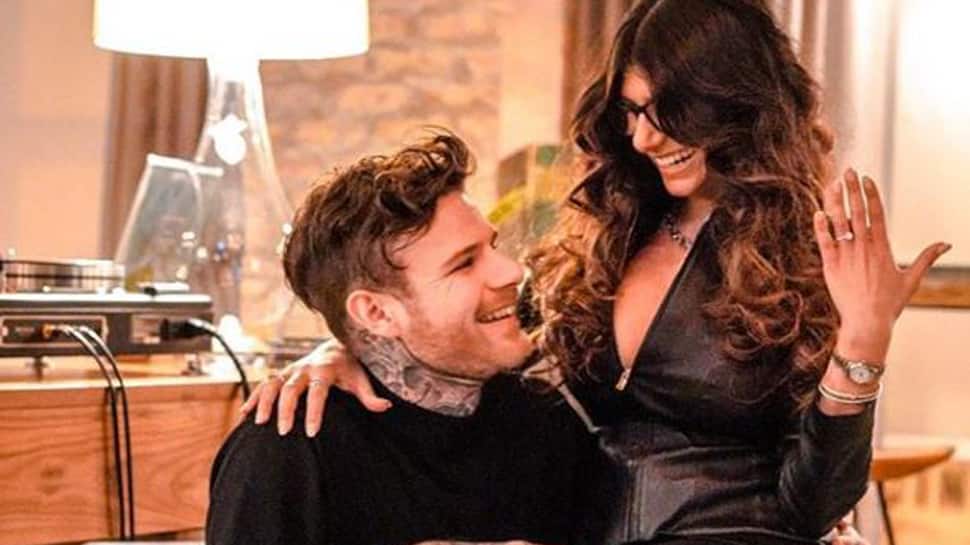 Sandberg proposed to her in Chicago. Sandberg reportedly hid a ring in a bowl of dried ingredients and the Lebanese-American star almost ate the ring but he was on ground to warn her, and he proposed to her on the spot. She said yes, reports guardian.com.

Sharing the news on his Instagram page, Sandberg wrote: "We went to Chicago this weekend and had a wonderful dinner at Smyth. I proposed to Mia Khalifa and she said yes!

"The ring was hidden in a bowl of dried ingredients and came out as a 'new serving'. Mia was too curious and too eager to taste so she started to eat the inedible ingredients. I told her not do it and then I put the ring on the finger. I love you so much."

"Thank you a million times over for the entire team at Smyth Chicago for helping Robert Sandberg propose... This trip and dinner was supposed to celebrate him getting his visa.

"Robert has planted the seed so deep in my mind for so long that he hates restaurant proposals so I never, ever, saw this coming. I love you all so much! Thank you!"