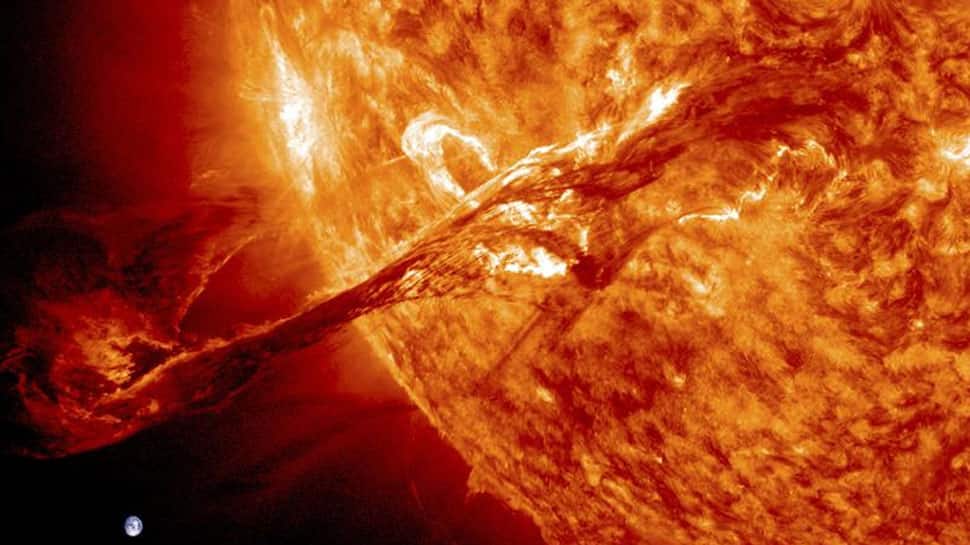 Washington: Just 161 days after its launch, NASA`s Parker Solar Probe has completed its first orbit of the Sun and has now begun the second of 24 planned orbits, which will mark its closest approach to the Sun in April, the US space agency has said.

Launched on August 12, the Parker Solar Probe, NASA`s historic small car-sized probe, will journey steadily closer to the Sun, until it makes its closest approach at 3.8 million miles. Throughout its mission, the probe will make six more Venus gravity assists and 24 total passes by the Sun.

The spacecraft completed its first orbit of the Sun, reaching the point in its orbit farthest from our star, called aphelion, NASA said in a statement. It has now begun the second of 24 planned orbits, on track for its second perihelion, or closest approach to the Sun, on April 4, 2019.

"It`s been an illuminating and fascinating first orbit," said Andy Driesman, Project Manager at the Johns Hopkins University`s Applied Physics Laboratory. "We`ve learned a lot about how the spacecraft operates and reacts to the solar environment, and I`m proud to say the team`s projections have been very accurate," Driesman added.

Parker Solar Probe entered full operational status (known as Phase E) on January 1, with all systems online and operating as designed. The spacecraft has been delivering data from its instruments to Earth via the Deep Space Network, and to date more than 17 gigabits of science data has been downloaded. The full dataset from the first orbit will be downloaded by April.

Like its first perihelion in November 2018, Parker Solar Probe`s second perihelion in April will bring the spacecraft to a distance of about 15 million miles from the Sun -- just over half the previous close solar approach record of about 27 million miles set by Helios 2 in 1976.

The spacecraft`s four instrument suites will help scientists begin to answer outstanding questions about the Sun`s fundamental physics -- including how particles and solar material are accelerated out into space at such high speeds and why the Sun`s atmosphere, the corona, is so much hotter than the surface below.